The usage of Superchargers hit rock bottom during the early stage of the coronavirus outbreak in China, Europe and North America.

The coronavirus outbreak and lockdown significantly affected the automotive market and traveling in general, as well as refueling/charging businesses.

In the case of the charging business, first we heard from Fastned, which reported sales dropped by 70% in the second half of March. Fastned operates mostly in the Netherlands.

Most recently, Elon Musk revealed global usage data for the Tesla Supercharging network in the past 12-months, as a percent of maximum usage. 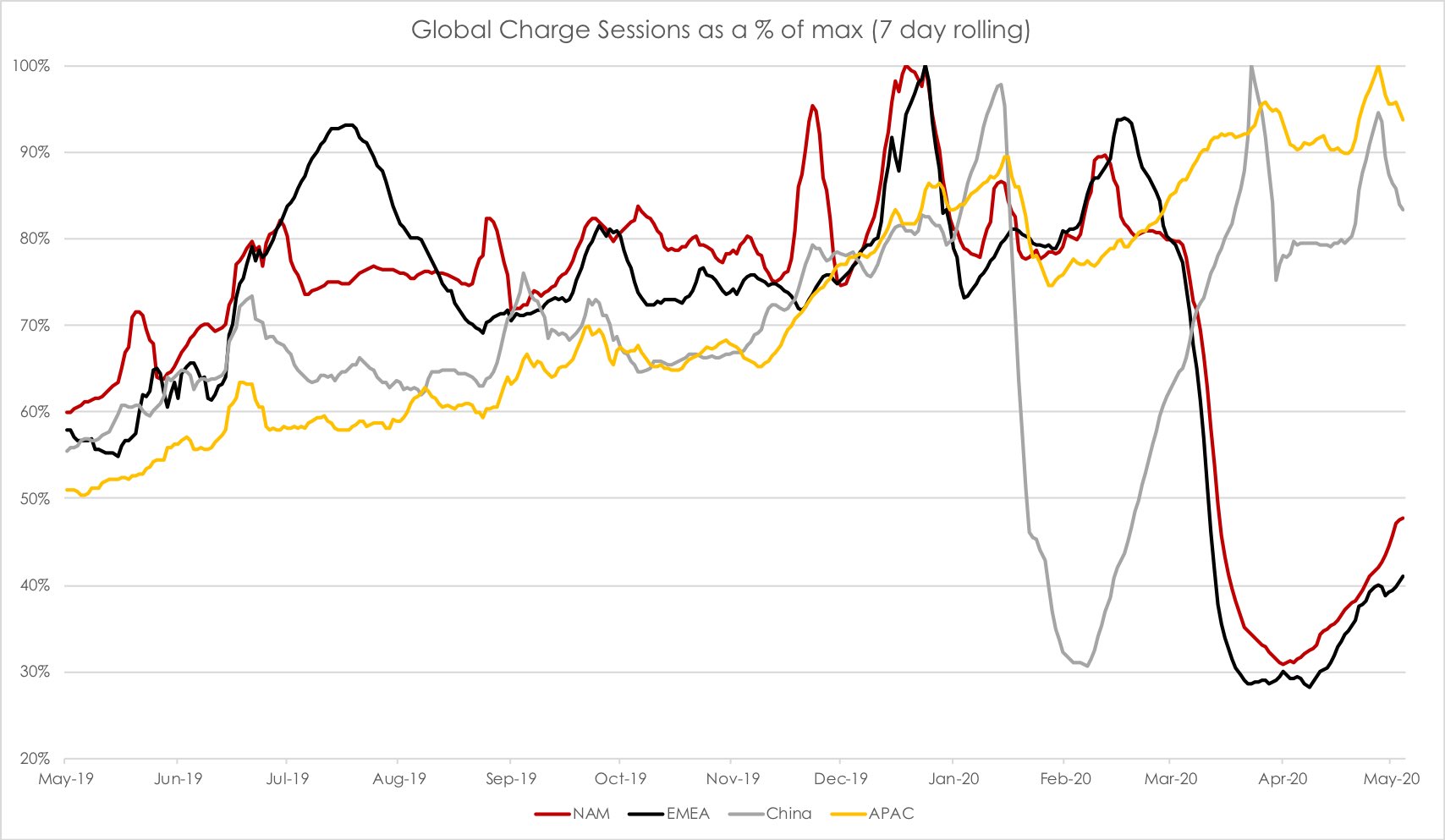 It basically shows us how strong the temporary collapse was - first in China in January/February, and then also in Europe and North America - from mid-March.

Fortunately, things improved really fast in China, and usage not only quickly returned to high levels but even reached a new record in April. Part of the reason behind the high usage might be high sales of Made-in-China Model 3.

In both Europe and North America, the bottom period was noticeably longer than in China, but it seems that it is finally growing. Not as quickly as in China, but we would not complain.