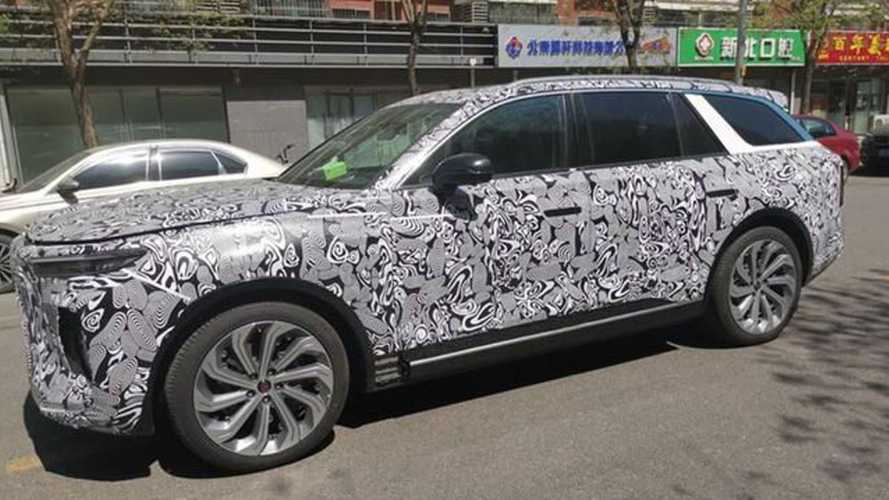 It looks just like the concept that previewed it and it’s massive.

When it comes to opulence, the fully-electric Hongqi E115 SUV clearly has it. The model was first shown in concept form at last year’s Guangzhou motor show in China, but we really weren’t expecting it to make it into production with so few changes.

It really does look like the study and once it goes into production, it will become one of the most unique looking SUVs in the world, at any price point. Make no mistake, even if it’s a Chinese SUV, so it comes from the land where EVs are cheap and plentiful, it will be quite an expensive offering.

And it really doesn’t look bad at all, especially if you’re into SUVs. Part of that has to be down to it being designed by Gilles Taylor who was design director for Rolls Royce; he’s now working for the FAW Group that owns the Hongqi luxury brand as global VP of Design and Chief Creative Officer.

Sure, some of the concept’s details will have been toned down for production, but based on these photos of the vehicle shared by CarNewsChina, the changes are minimal. And the luxurious vibe will be carried over inside with its leather-clad interior that features two huge screens that dominate the dashboard.

Range is apparently rated at 600 km based on the old NEDC cycle, but since it has a relatively big 92.4 kWh battery pack, it shouldn’t have a problem going up to 400 km on a single charge in real world driving conditions. Do keep in mind that it will be a big (and heavy) vehicle, with a wheelbase of 3.25 meters (128 inches) and a total length of 5.16 meters (203 inches). To put it into context, it's longer than a Cadillac Escalade.

The Hongqi E115 is expected to be introduced later this year and pricing has not yet been announced.