Believe It Or Not, Tesla Is A Surprisingly Common Girls’ Name In The U.S.

The statistics within refer to babies born between 2000 and 2018.

Nikola Tesla is one of the smartest and most influential people of our recent history, and his mark can still be observed on our civilization to this day. And even though Tesla was actually his surname, nowadays it’s a surprisingly popular girls’ name for kids born between 2000 and 2018 in the United States.

ChooseMyCar notes that there are 1,395 girls born in the aforementioned time frame in the States who are called Tesla. Sure, that isn’t much compared to how many are called Morgan (96,684), but it is more than those called Astra (127) or Audi (133).

Apparently, because the name ends in an ‘-a,’ Tesla was deemed a girl’s name, because there don’t appear to be any boys bearing that name. And you may think calling your baby girl Tesla might be strange (and in origin a Croatian’s surname), but people in the U.S. also called their kids Subaru and Chevrolet, as well as Nissan, Delorean and Jaguar; by that measure, Tesla is actually a nice, fitting girl’s name. 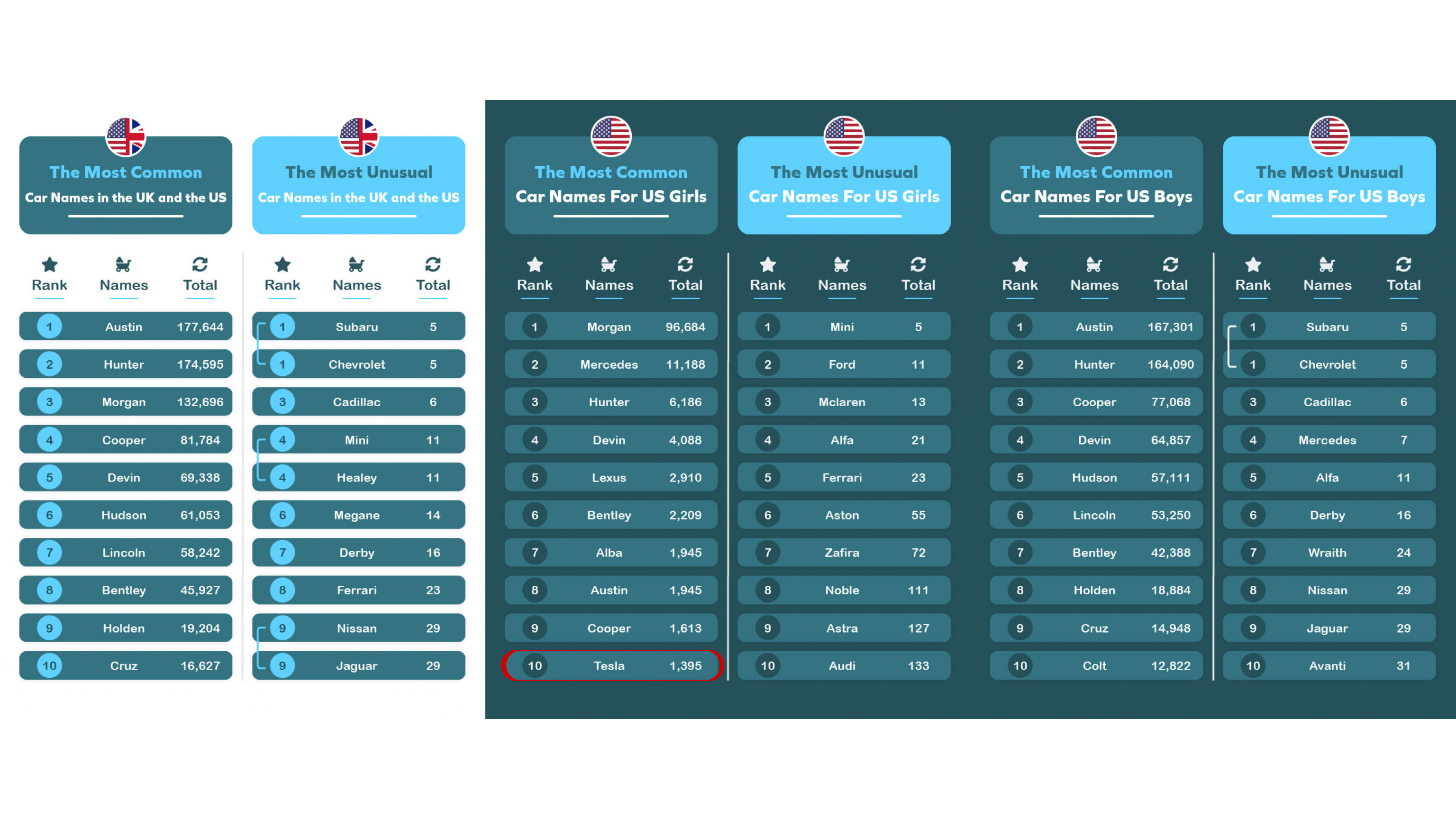 We imagine people who chose this name for their kid are really into Tesla cars, and not so much into the history of Tesla the inventor and the many controversies that surround his name. However, even if they don’t care about Nikola the inventor, they are unwillingly proliferating his name.