This Tesla Ute Is A Roadster-Inspired Hoot 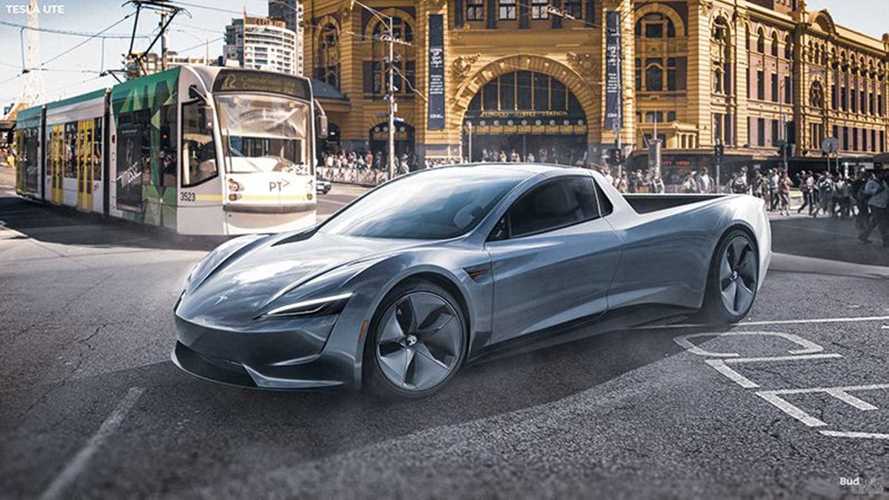 What's a ute? It's a car/pickup that's very popular in Australia and New Zealand.

It's a ute, pronounced "yoot."

This Tesla ute could become the mascot of Australia, according to the individual behind the render. Its sporty appearance is quite striking and the versatility of the pickup bed would surely come in handy.

This rendered Tesla ute comes to us via Budget Direct who tried to imagine what utes would look like from various automakers. This particular one is of a tesla ute, of course, but there are other examples here.

As you'll notice from the image above, there's a strong resemblance to the Tesla Roadster and that something that's highlighted by Budget Direct, who states:

The electric car revolution started with Tesla Roadster v1.0, followed by Models S, X, and 3. Now, the world awaits the impending dominance of the incoming Model Y crossover and the bizarre Cybertruck.

But they haven’t got a ute, have they?

Well, here's the Tesla ute for you. Budget Direct adds:

Instead of cutting down the Cybertruck or Model X from the B-pillars, we insisted on a ute based on the upcoming Roadster v2.0 to keep things racy. Will the Tesla Ute have 10,000 Nm of torque and a zero to 100 kph time of 1.9-seconds? Yes, and yes! How about the Space X package with those cold gas thrusters for some added shove? You bet!

Of course, there's nothing real here and we don't think Tesla would ever make a ute but we (Australians especially) can still dream, right?