The French car market was significantly affected by the coronavirus lockdown in March, which translated into a massive 72% collapse of new cars.

Plug-in electric car sales were less affected and a small growth of 12% was noted in March to 7,740. That's roughly half of the records from January and February.

The number of 7,318 passenger plug-in cars represents about 11.7% of the total passenger car market (a new high).

Sales after the first three months:

Renault ZOE with 1,744 new registrations was (as usual) the top-selling passenger plug-in car (and once again one of the tops regardless of the powertrain).

However let's take a look at the Tesla Model 3, which with 1,385 new registrations (a new all-time record) was actually not that far behind the ZOE. Model 3 turned outed to be also the #14 best selling model for the month (#2 foreign), while the Tesla brand jumped to #10.

Third place falls on the Peugeot e-208 (756), but the French manufacturer was not able to match its January and February rate of 2,500 units per month it seems.

The interesting thing is 179 registrations and the fifth-place finish for the MINI Electric (above Nissan LEAF). 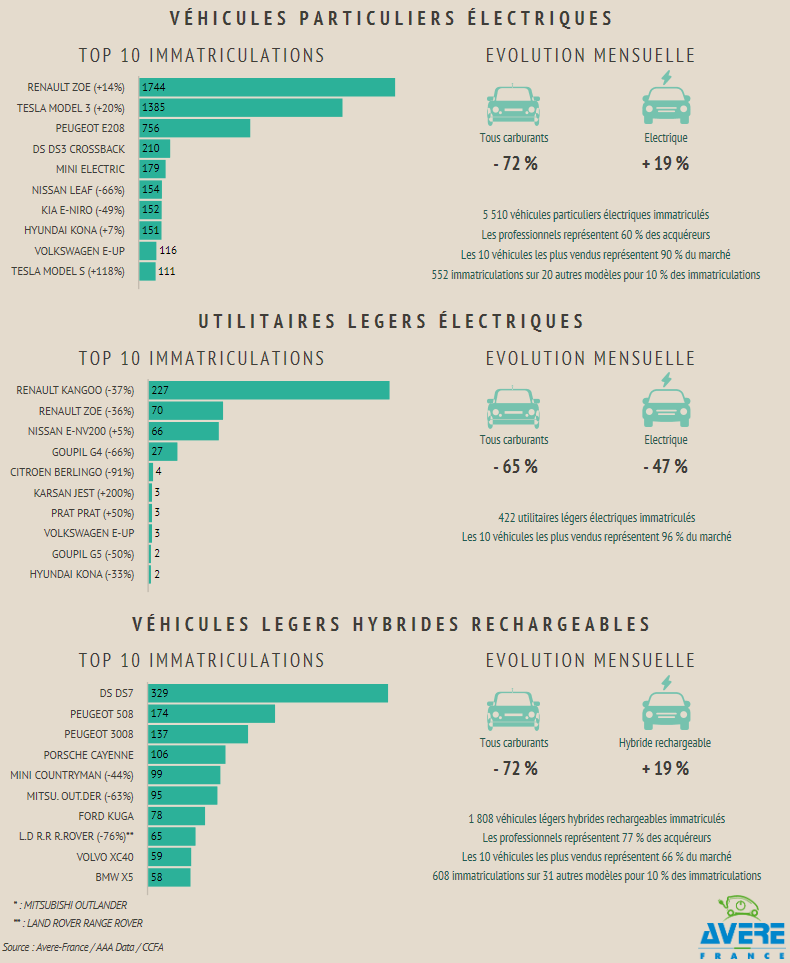