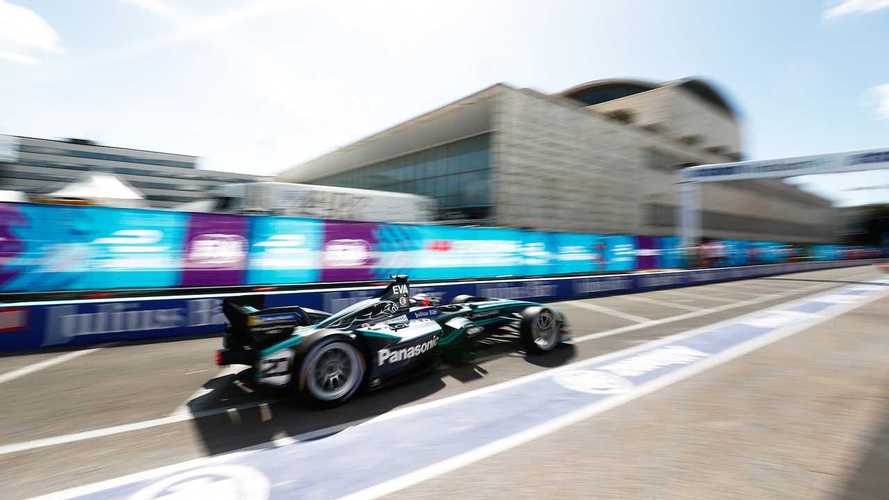 So many industries are interested in supporting this electrifying sport.

It’s fair to say that Formula E has experienced some serious growth, especially among younger generations. Even though the sport’s fanbase is getting older, 72% of its followers on social media channels are under 35 years old, and the numbers having grown by 212% in the 2018/2019 season. Meanwhile, Formula E has announced record revenues from its preliminary numbers for 2018/19, stating revenue of over €200 million, an increase of 50%.

After years of losses, it seems the sport is finally experiencing good times and sponsorship has accounted for a significant part of the revenue, as companies start to look towards the future. Below is a consideration of five potential markets the sport could explore for sponsorship and drive growth even further.

Sports events and gambling go hand in hand and can add some extra interest to an already-exciting race. The powers that be who run Formula E have been cagey about how different sponsors have contributed to the sport’s revenue and didn’t specify sponsorship figures when recording their revenue with the Companies House. They’ve merely confirmed that, all in all, sponsorship contributes to around half of the revenue.

What is certain is that Formula E represents an exciting opportunity for marketing. Formula E is very accessible and there’s a real human dimension as the sport creates opportunities for people to interact and engage with each other, whether on social media or face to face.

Being able to place bets on Formula E events at some of the best online casinos and on trusted betting sites, like the ones on bestonlinecasino.com, would help to increase the fan base. The sponsors would have an opportunity to connect with the sport’s growing legion of fans, while the sport itself would benefit from the revenues it brings in.

The telecommunications sector is another potential opportunity for Formula E. Vodafone has recently agreed to be the official communications partner for Porsche Motorsport, providing communications and technical support, and the brand features on all of the team’s zero-emissions racing cars as well as on the drivers’ uniforms. So far, it’s a five-year contract.

A lot of Formula E fans are into new technology and aren’t purely about the racing, but also socializing and experiencing new things. Races in the city center offer them convenience, making it easier to get together and enjoy the event. The connection between tech and Formula E can introduce the sport to new fans who are more digitally minded and can associate it with a sport that welcomes technological innovation.

Shell has started sponsoring Nissan in Formula E. This might seem surprising, but it turns out the fuel company has been doing a lot of work in the electric vehicle world. The company has been developing EV technologies and has 200 electric chargers at fuel stations across the world.

Of course, sponsorship is a superb opportunity to increase the company's visibility, but the sport will also benefit from working with the brand, which is one of the largest in the world. Sustainable energy is the future and, as well as benefit from the investment, Formula E will benefit from seeing that energy companies are getting behind it and are willing to learn about EV technologies and develop them.

The accessibility of venues for Formula E events means that support from the travel and hospitality sectors can really lend Formula E a hand. As consumers become more environmentally conscious, they’ll appreciate seeing travel brands or hospitality brands that work with this eco-friendly sport.

In addition to investing money in the sport, sponsors in this sector can increase the visibility of the sport and introduce it to new fans, whether that’s people who travel to venues, need somewhere to stay and want easy access to the event, or just people who want to sit in a bar and follow the action on TV. Either way, it’s a win for Formula E and for the local economy as businesses generate more revenue.

Of course, before, during, and after sports events, some people like to make an occasion of it and drink alcohol. One of the sport’s aims is to connect with new fans, which it does well through social media, and inspire them to embrace a cleaner future and invest in electric cars. This is one of the exciting points of the sport, from the organizers’ perspective, and sponsorship from drink companies can help the sport reach new audiences.

The Dutch beer brand Heineken and the French champagne manufacturer Moët & Chandon have already got behind the sport. The founder and chairman of Formula E, Mr. Alejandro Agag, has commented that, generally, the sponsors keep coming and are renewing for longer and longer.

Criticism of sponsorship in Formula E

Formula E has been criticized that it relies too heavily on sponsorship, but the company has responded that it’s diversifying its sources of revenue. Hospitality, media rights deals, host city fees, and ticketing have also contributed to the higher revenue, having experienced growth themselves.

An additional criticism has been that Formula E is not a sport but more a business-to-business (B2B) proposition, with companies wanting to associate themselves with environmentalism rather than with a sporting event that can gather a large fan base.

Whatever some may feel about Formula E, the fact is that it’s gathering in popularity since it first launched onto the motor sport scene in 2014. With a fan-building strategy built around content on social media and looking to encourage young people to embrace electric vehicles, the company has a clear purpose, and sponsorship from companies in the sectors and industries above could help it serve that purpose and achieve its aims.