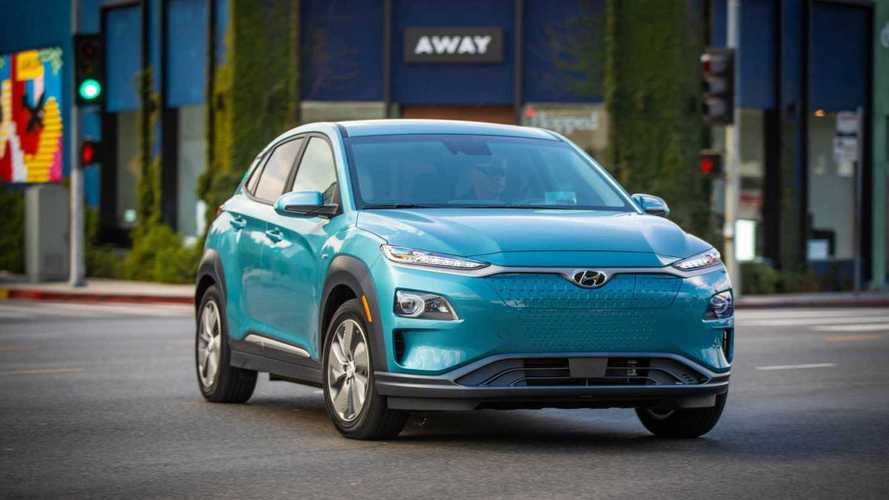 The increase could be as much as 8 percent.

The 2020 Hyundai Kona Electric sold in the U.S. may get some changes later this year which could result in a longer range per charge. Perhaps as much as 8 percent.

Rumors of vehicle improvements first surfaced on InsideEVs Forum in February, when it was noted that the Norwegian Hyundai website was advertising the subcompact crossover with more than a 480-kilometer (298-mile) WLTP range – it is now officially set at 484 km (301 miles). Previously, it had been promoted with a range of 449 km (279 miles). Sites for the brand in other European countries stuck with the old figure for a time.

That news was confirmed and clarified more recently. We reported that vehicles being built at the new factory in Czechia had longer ranges than previously produced ones. According to reports, the increases were not related to changes in the battery packs, but rather from a change to a different tire and "...a handful of underbody revisions to help reduce mechanical drag..."

The news had our community of owners on the Forum asking questions: would the improvements make their way to the U.S.? Could existing owners have their vehicles retrofitted? Curious, we reached out to the US offices of the Korean automaker to see if they had any beans they could spill. Happily, they responded.

After making it clear it was still too early to discuss the 2021 model year, the representative we contacted went on to say that "Detailed changes will be made later in the year for the U.S. market Kona [Electric]..."

Now, it's unclear whether these changes will result in the same range increases that Europe is seeing. There are typically some differences in vehicle specifications for the U.S. and European markets. If the U.S. did see the same range improvements, the EPA-rated distance on a single charge could improve by as much as 20.6 miles, going from its current 258 miles all the way to 279 miles.

Hyundai did not address whether existing vehicles could be retrofitted to achieve the same gains, but since part of the improvement apparently comes from using a different tire, it is possible. Other alterations are unlikely to be forthcoming for existing owners, but our owner community is pretty resourceful so we'll be watching to see what, if any, solutions they come up with when the details are finally announced later this year.

You can keep up with the Kona Electric ownership experience on the InsideEVs Forum.