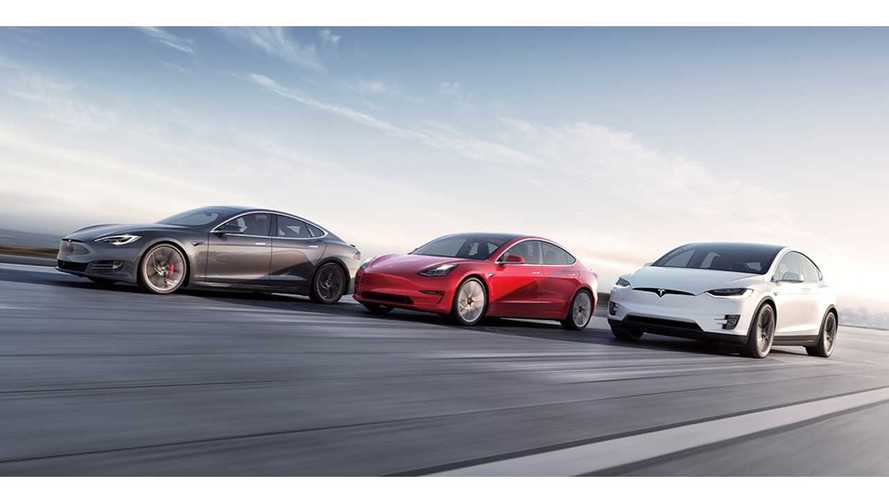 It's now official. UPDATE BELOW:

SEATTLE -- Washington Gov. Jay Inslee today signed the Zero Emission Vehicle (ZEV) program into law. The move takes aim at reducing ozone pollution and greenhouse gas emissions and makes Washington the 12th state to adopt the ZEV program. With this new law, Washington joins the entire West Coast as part of this critical program to get more electric cars on the road.

Under ZEV, the Evergreen State will deploy hundreds of thousands of electric vehicles over the next decade. The program also requires each automaker to ensure an increasingly larger percent of the new cars they send to Washington are electric-powered.

Speeding up Washington’s transition to cleaner, electric-powered vehicles is essential for reducing air pollution and slowing global warming, because transportation accounts for 62 percent of the state’s contribution to climate change.

“With this new law, Washington is taking an essential step in the fight against climate change. Achieving an economy powered by 100 percent renewable energy means ending the use of fossil fuels for all activities, not just electricity. Although there are many strategies for reducing transportation fossil fuel use – such as encouraging public transportation, walking and biking, and limiting sprawl – as long as Americans continue driving cars and trucks, adopting electric vehicles is a necessity. With Washington’s commitment to 100 percent renewable energy, these cars can be powered by the sun and the wind.”

Environment America is a national network of 29 state environmental groups. Our staff work together for clean air, clean water, clean energy, wildlife and open spaces, and a livable climate. Our members across the United States put grassroots support behind our research and advocacy. Environment America is part of The Public Interest Network, which operates and supports organizations committed to a shared vision of a better world and a strategic approach to getting things done.

A bill that would implement the rule recently passed the state Senate. The measure (SB 5811) passed the House in January, and Governor Jay Inslee is expected to sign it.

Washington adopted California’s emissions standards in 2005, but did not sign on to the ZEV mandate. The mandate requires that automakers derive at least 5% of their sales from EVs. This figure gradually increases to 8% by 2025.

Several automakers offer their EVs only in ZEV states, so if Washington’s ZEV mandate becomes law, it is expected to result in a wider selection of EVs in the state, as well as expanding the national market for the so-called “compliance cars.”

The Union of Concerned Scientists reports (via Electrek) that the transportation sector is Washington’s biggest source of carbon pollution, and that the average EV in the state emits 1.3 metric tons of global warming emissions per year, compared to 4.9 metric tons for the average new gas car.

A couple of other pro-EV bills were considered by the state legislature, but now look unlikely to pass: E2SHB 1110 would establish rebates for EV purchasers, and encourage the use of biofuels; another proposal would implement a ban on gas vehicles by 2030.

Washington’s entry into the ZEV club deals another blow to the Trump administration’s campaign to eviscerate emissions regulations. It also sends a message to GM, Toyota and Fiat-Chrysler that they’re on the wrong side of this conflict. GM’s position is particularly puzzling - the company has recently made several moves toward an electric future, but continues to side with the administration in favor of watering down fuel economy rules. Electrek called out GM CEO Mary Barra on the issue at a recent event where the company touted its upcoming wave of EVs.