Tesla Makes California The Only Western State To Produce Cars

2.3% of all light-duty vehicles produced in the U.S. in 2018 were produced by Tesla in California.

The U.S. light-duty vehicle production is dominated by the Eastern states, but thanks to Tesla, California is also engaged in car production (volume, series production) as the only Western state.

The U.S. DOE’s Office of Energy Efficiency & Renewable Energy reports, using Ward’s Automotive data for the year 2018, that in total about 11 million cars were produced in the U.S. across 14 different states.

Michigan turns out to be responsible for almost one-fifth of the overall results - so let's hope that with the new wave of BEVs, the volume will be gradually electrified.

"The United States produced about 11 million vehicles in 2018. Michigan produced nearly 19% of those, followed by Indiana, Kentucky, and Ohio, which each produced over 10%. While those four states accounted for just over half (52.6%) of all vehicle production, the remainder was produced by 10 other states, mostly in the Southeast or Midwest. California was the only western state to produce vehicles and accounted for 2.3% of total production." 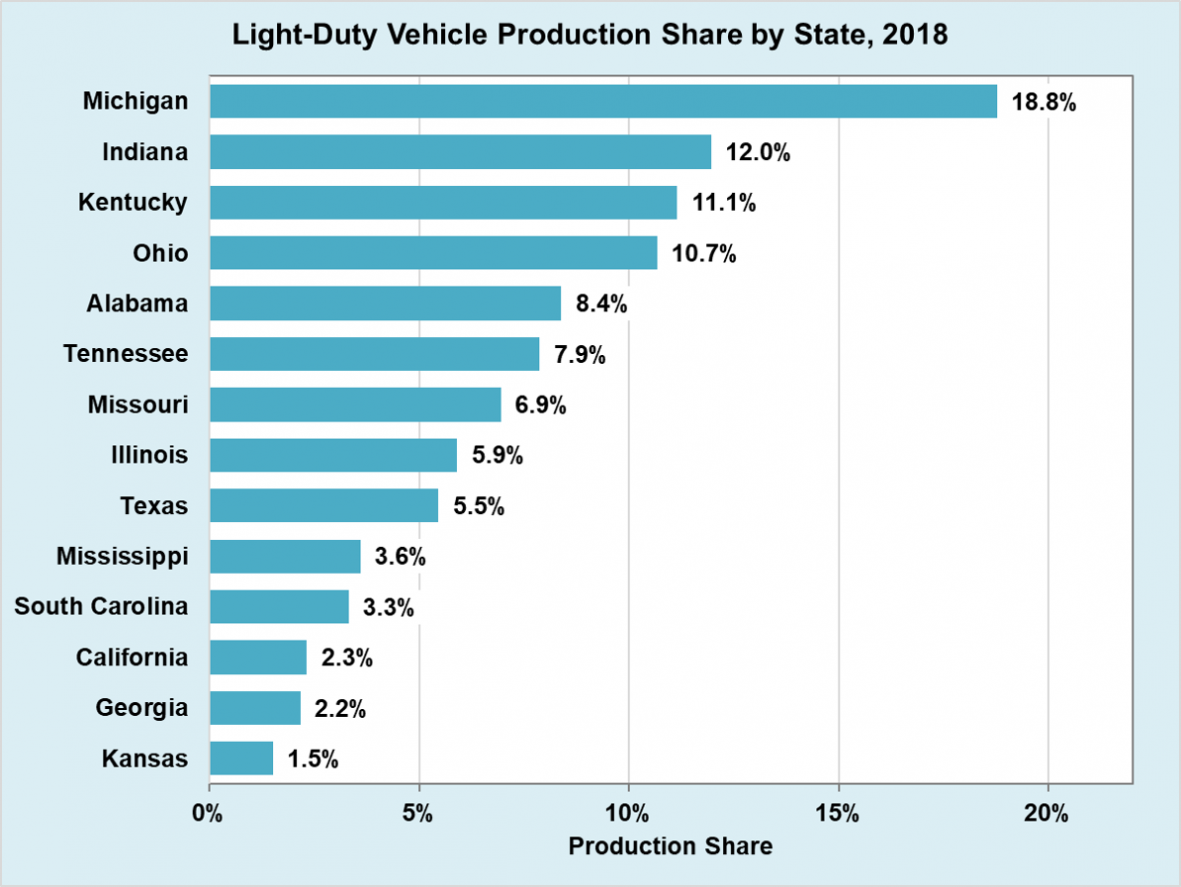