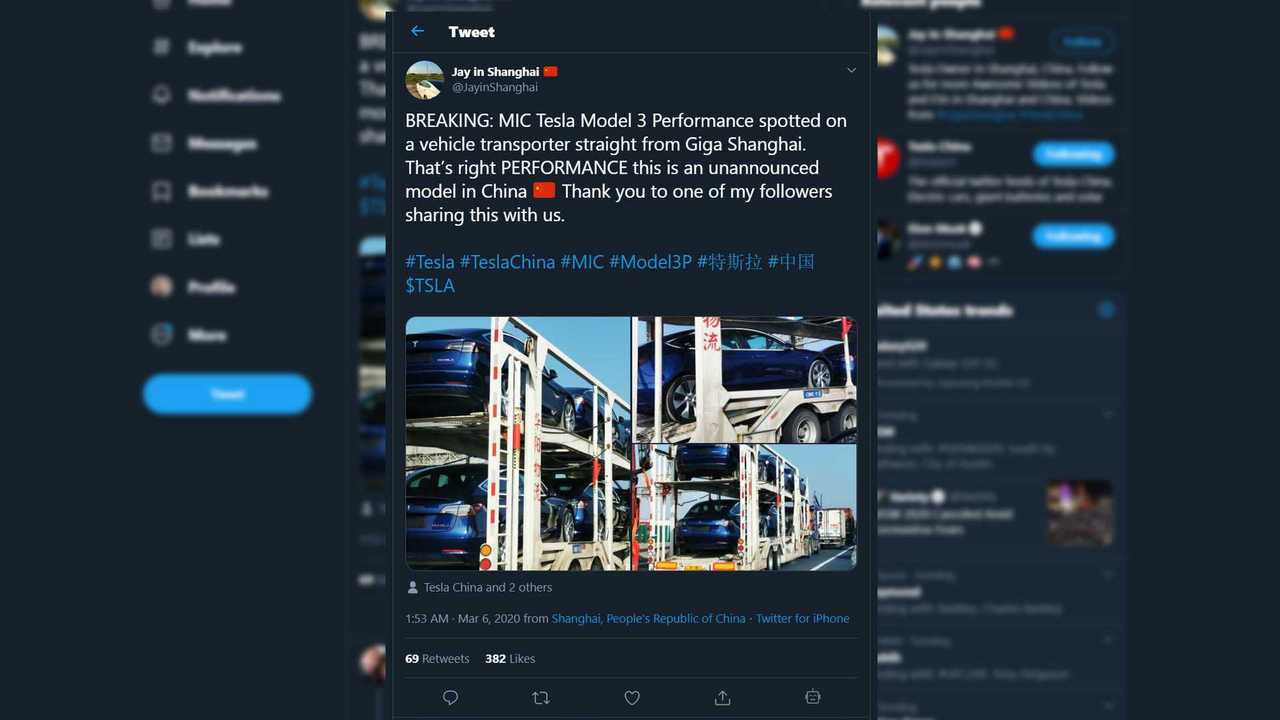 There are more questions than answers, but it seems that the Gigafactory 3 will produce all types of Model 3.

Tesla's most recent approval to sell the Long Range version of the Model 3 produced at the Tesla Gigafactory 3 in Shanghai, expected primarily for the Long Range Rear-Wheel Drive version, might not be the end of the story.

According to the unofficial news, carriers loaded with Tesla Model 3 Performance (see the Dual Motor sign with red-underlined and red brake calipers) were recently seen driving straight from the Giga Shanghai, which would mean, they were Made-in-China (MIC).

Tesla Blames Coronavirus For Model 3 Units In China With HW 2.5
⠀

Long Range RWD Tesla Model 3 To Be Built In China

How it could be that Tesla is delivering MIC Model 3 Performance without announcing sales of those?

And how does this combine with the original plan to produce in China only the base Standard Range Plus version and import the other, higher versions?

It's all a mystery, but we are mentally ready to hear that Gigafactory 3 is ready to produce all types of Model 3:

...using batteries from various suppliers. After all, there were rumors about all-wheel-drive versions too.

The motives might be simple - the Gigafactory 3 is more profitable than the Tesla Factory in Fremont, California, which is, by the way, busy introducing the Tesla Model Y.