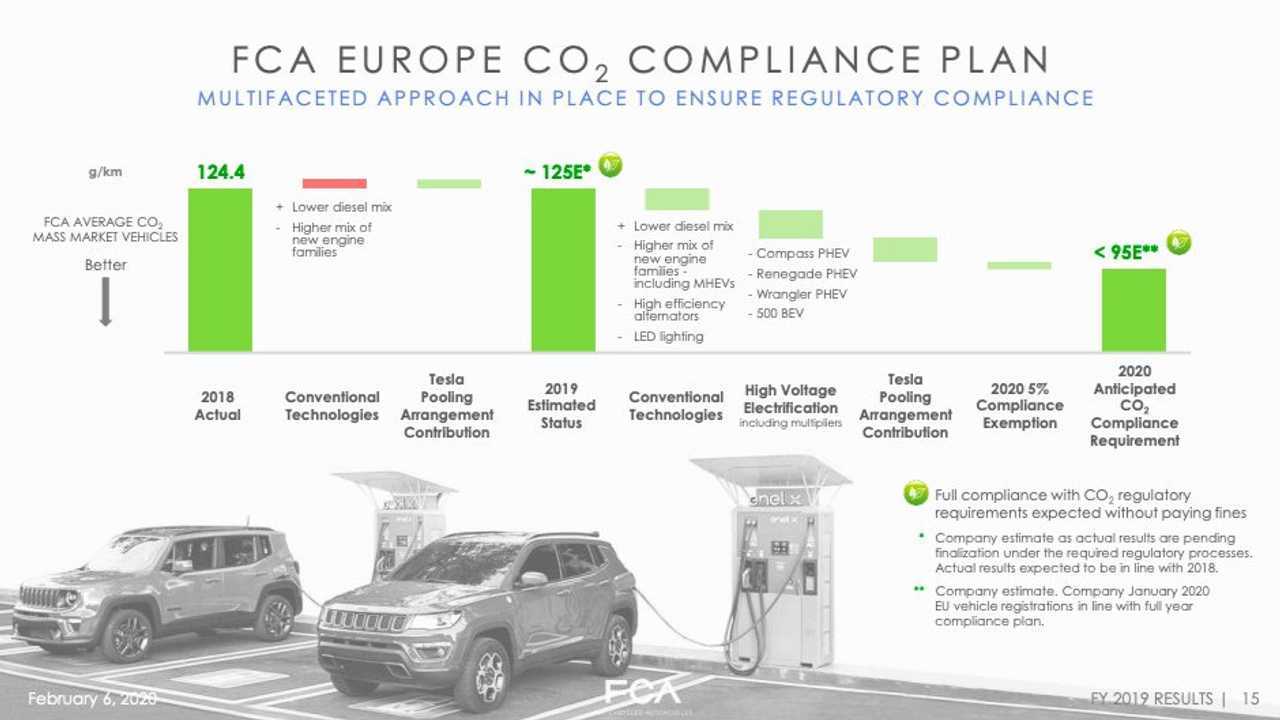 Tesla already contributed to FCA's results in 2019, but in 2020 the contribution will be much more important.

After years of neglect of electrification, Fiat Chrysler Automobiles (FCA) in Europe (European Union to be precise) faces trouble with meeting requirements to lower the average emission of new car sales to 95 grams of CO2 per kilometer from 2020.

The company has shown in its own report that it is unable to comply using business as usual improvements of technology, even after introducing several PHEV and BEV models this year.

The final solution to meet the target is a deal to pool its fleet with Tesla, which is reportedly so costly that it might be compared to building the Tesla Gigafactory 4. Regulations allow FCA to do this and Tesla can earn some serious cash because by selling only BEVs, it has an average CO2 emission of 0 g/km.

The chart suggests that the deal for 2020 requires three-times higher input from Tesla and the resulting cost from this will be not much smaller than what FCA invested to develop 4 new plug-ins (Jeep Compass PHEV, Jeep Renegade PHEV, Jeep Wrangler PHEV and all-new Fiat 500 BEV).