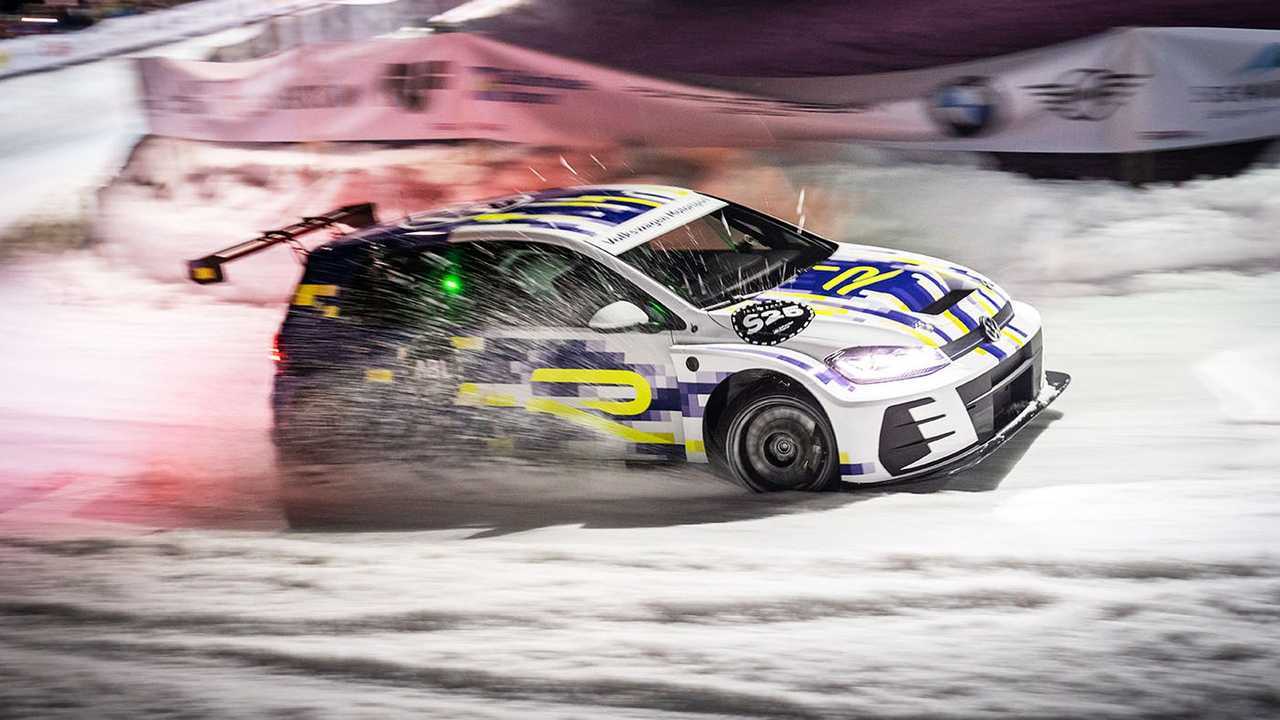 Let's take a look at the Volkswagen eR1 which laid the foundation for the ID.R electric race car project.

Volkswagen has recently shown at the GP Ice Race in Zell am See, Austria an unexpected all-electric racer, the eR1, based on the Golf model.

As it turns out, it's not a new vehicle, but a prototype for the Volkswagen ID.R, used to test the powertrain and battery system.

We guess that the all-wheel-drive eR1 also might be equipped with a 500 kW system, but it does not matter much on snow and ice.

The eR1 will be presented on a tour in North America:

"The former Top Gear USA presenter has lined up in a wide range of racing series and boasts a vast wealth of experience. He will soon embark on a tour of North America with the eR1 from Volkswagen R, which was presented for the first time in Zell am See. The eR1 started out as a prototype for the ID.R electric race car. Later on, knowledge gained with the ID.R, a five-time champion, flowed back into the further-developed eR1. Foust and the eR1 demonstrated just how effectively this knowledge transfer is during the show and taxi drives they put on for guests out on the ice, by day and night."

Here are videos and photos with the eR1:

6 Photos
++
Got a tip for us? Email: tips@insideevs.com