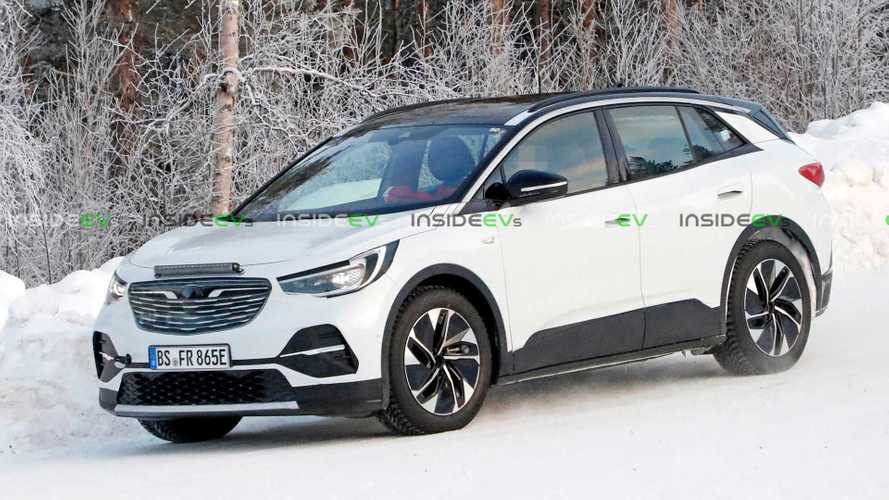 Volkswagen continues ID.4 tests ahead of the market launch within two years.

A white prototype of the upcoming Volkswagen ID.4 was recently caught during winter testing, once again camouflaged by exterior parts from the Opel Grandland X.

The current version does not have the sliding rear doors, seen in one of the Volkswagen ID. CROZZ concepts and the coupe-ish roofline has transformed into a more of a hatchback roofline.

From the side, it really looks like a raised and enlarged Volkswagen ID.3. According to CarPix, the ID.4's size to be between the Tiguan and the Tiguan Allspace, but with a slightly longer wheelbase than the Tiguan (thanks to the lack of engine under the hood) that might result in more space inside.

The ID.4 market launch was expected about a year after the ID.3, but after apparently suffering a delay, it should now happen in August. We believe sales of crossover will start in 2021, with U.S.-bound models being produced at the company's Zwickau plant until the production starts domestically at Chattanooga, Tennessee in 2022.