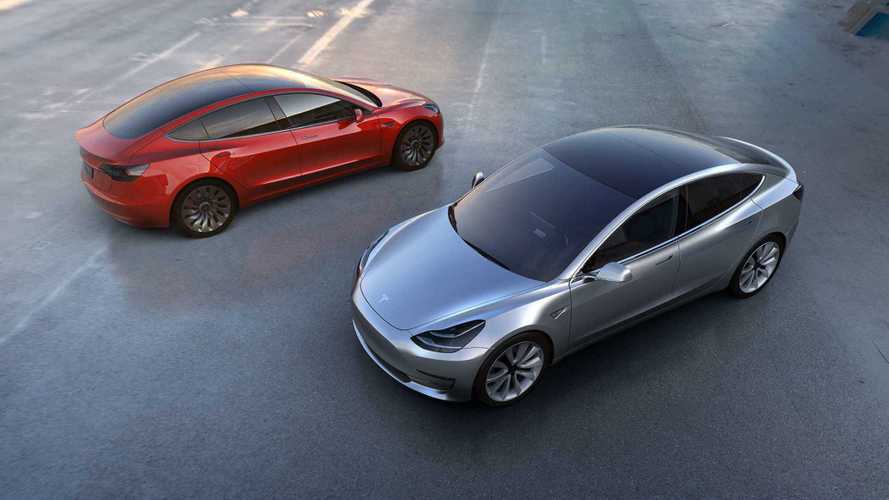 Tesla is constantly improving its vehicles via over-the-air software updates.

There once was a time where buying a car meant that you would be stuck with that exact car for the rest of your days, no new features, no increases in performance, anything you wanted needed to be checked off on the option sheet before you bought it. Completely barbaric, am I right?

Thanks to Tesla's efforts, over the air updates (OTA) are no longer limited to phones — it's starting to creep into the automotive world. Now, as long as the hardware can support it, your Tesla will be able to evolve alongside you. Whether it's the addition of a silly fart button or an actual boost to the car's performance, these OTA updates are constant source of fascination in the Tesla community.

The Silicon Valley automaker has already gotten off to a good start in terms of software updates for 2020, which included the 2019.40.50.1 and 2020.4.1 updates. While the 2019.40.50.1 update was released in late December, a lot of owners would not have gotten it until after the new year due to Tesla's staggered update releases. Therefore, it's worth reviewing some of these new features to be sure you're up-to-speed on the latest (and greatest) via Tesla's OTA efforts.

You might think that despite the company's long software update history, Tesla would slow down on any major new features and just do small bug fixes. Not so. The updates have continued to be surprising little gifts for owners. Granted, some are mundane. But other new features are definitely noteworthy.

The most recent update, 2020.4.1 was relatively small to anyone outside of China. The new update gives you a new screen with small tidbits of additional information. This new screen gives you some new information, such as what type of motors are in the front and rear of the car. It's not the most useful feature in the world, but it does give you just that much more info about your car.

On the other hand, the Chinese Market received a much more substantial update that included games such as DouDiZhu and MahJong along with adding BiliBili and YouKu to the Chinese Tesla Theater. Aside from these entertainment additions, the Chinese update also received an Air Quality Index and Weather. Of course, its most anticipated feature was the beta version of Smart Summon which is now making its Chinese debut.

The 2019.40.50.1 update was far more exciting. Check out this video walkthrough of the new features along with some helpful notes below...

Voice commands have been rebuilt to understand natural language. For this initial release, Tesla focused on commands that minimize having to touch the screen so you can keep your eyes on the road. A few examples of what you can say are:

Climate: “Set the temperature to 70”, “Turn on the passenger seat heater”

Navigation: “Let’s go to work”, “Where are the nearby supercharging stations”

Other: “Show me the rear camera”, “Open Autopilot settings”

Anonymized voice commands will be captured to further train and improve the system in future software updates.

To view messages that have been received while your phone is connected via Bluetooth, tap the Application Launcher > Call > Messages. You can read and reply to a message by tapping an entry in the Messages list. To enable this feature, tap the Bluetooth icon on the top of the display, and enable “Sync Messages”. Once enabled, you can also choose to play a chime whenever a new text message is received by enabling “Chime on New Message”.

Additionally, if you have favorite phone contacts on your device, you can now easily access them from the Favorites tab of the Phone app.

Note: Notifications need to be enabled on your device from the phone’s Bluetooth settings to send and receive text messages. Due to the limitations of Bluetooth support from your device, you will not be able to send group messages. As usual, Bluetooth behavior may depend on the make and model of your device.

Your car can now maintain airflow, temperature, interior lighting, as well as play music, and power devices when Camp Mode is enabled. To enable Camp Mode, tap the fan icon at the bottom of the touchscreen and set Keep Climate On to CAMP while your car is in PARK. Big batteries rock.

You’ve inherited your grandfather’s old farm plot in Stardew Valley. Armed with hand-me-down tools and a few coins, you set out to begin your new life. Can you learn to live off the land and turn these overgrown fields into a thriving home?

Two players, two sides, one is light, one is dark. Play Backgammon against your passenger or challenge your Tesla to a game. Move by dragging and dropping the checker pieces during your turn. As with all Tesla Arcade Games, you can play when your car is in PARK by tapping the Application Launcher, then tap Entertainment > Arcade and select your desired game from the menu.

You can now use dictation to input text in your car. Simply tap the microphone icon on the keyboard to input text via voice control.

In addition to creating a visual masterpiece with the Tesla Sketchpad, you can now make audio masterpieces with TRAX. Simple add some instruments, adjust the tempo, and record multiple tracks to start creating original music right in your car. Once you are done, SAVE your music and LOAD it for future playback. To access TRAX, tap on the Application Launcher > Toybox > TRAX icon.

SAVE DASHCAM ON HONK

Dashcam can now automatically save clips whenever you honk your car horn. To enable, tap Controls > Safety & Security > Save Clips on Honk. To learn more about how to setup and use Dashcam, please refer to the Owner’s Manual.

Additional navigation settings are now saved to your driver profile such as volume levels for navigation voice guidance as well as traffic display settings.