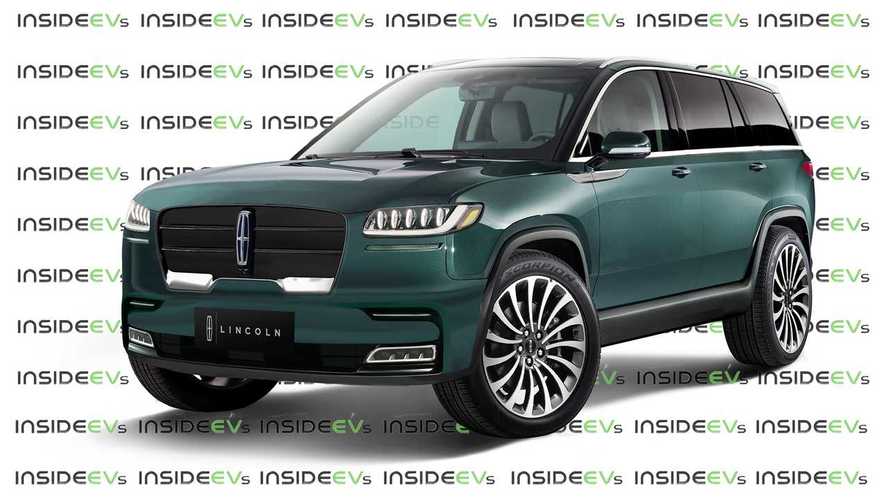 We have it on good authority that it’s coming, but we don't know much else just yet.

An all-electric Lincoln SUV should debut by the year 2022, if a recent report published on Reuters is accurate. It’s been said this posh battery-powered high-rider will ride on Rivian’s so-called skateboard platform, but we can’t really say any more than that about it at the moment.

That hasn’t stopped us from trying to picture what this Rivian-based Lincoln high-rider might look like. Sure, the likelihood that it will look like this rendered interpretation (which is clearly based on the Rivian R1S) is slim, but as of right now, this is our best guess.

However, we think Lincoln is on a bit of a roll with the design of its SUV models - there’s just something about them that sets them apart from a visual standpoint. We can't quite put my finger on what that is, but they are rather attractive to us.

With that being said, I proceeded to start applying some Lincoln cues onto the Rivian R1S. The initial plan was to just give the Rivian SUV a Lincoln face and wheels, but it ended up being much more than that. The greenhouse is completely different, the beltline has been modified as has the ride height.

All these changes show what I think is quite a believable interpretation of what a Lincoln SUV based on the Rivian R1S might look like. Again, since the skateboard platform is modular it imposes no restriction as to what kind of body can be put on it, the Lincoln model might end up looking more like its core models than a Rivian.

Based on what we understand about this (still top secret) project thus far, it will be designed by Rivian for Lincoln, so it may still end up resembling the R1S. We just don’t know at this point. Maybe it will be more like the, say, the Lincoln Aviator but in electric form. It's anyone's guess at this point in time.