File this under wild and crazy.

This TeslaCam video captures a car that keeps on driving despite the fact that its hood is fully open. This is surely a dangerous move, as forward vision must be close to zero since the hood almost completely blocks the view in front.

We can only imagine that the driver of the Tesla was quite shocked by seeing this and we are too. Not only is it very dangerous to drive with your hood open, but it's also quite likely that some damage will be done to the car if it continues to move forward with the hood fully up. 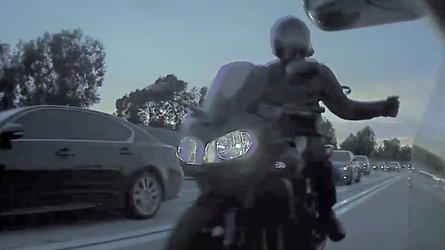 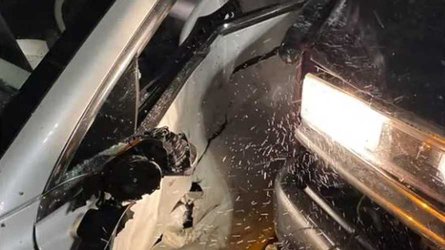 It appears as though the hood of the car pops open as it goes up the incline in the road. The incline positions the hood in such a way as to allow air to get underneath it and prop it open. It could be because it wasn't latched or possibly the latch is faulty. Either way, you'd expect the car to come to an immediate stop. It does not though, as the car can be seen driving on.

Watch the brief clip and see for yourself. Would you have stopped right away? Or waited a bit to find a safer place to pull over?