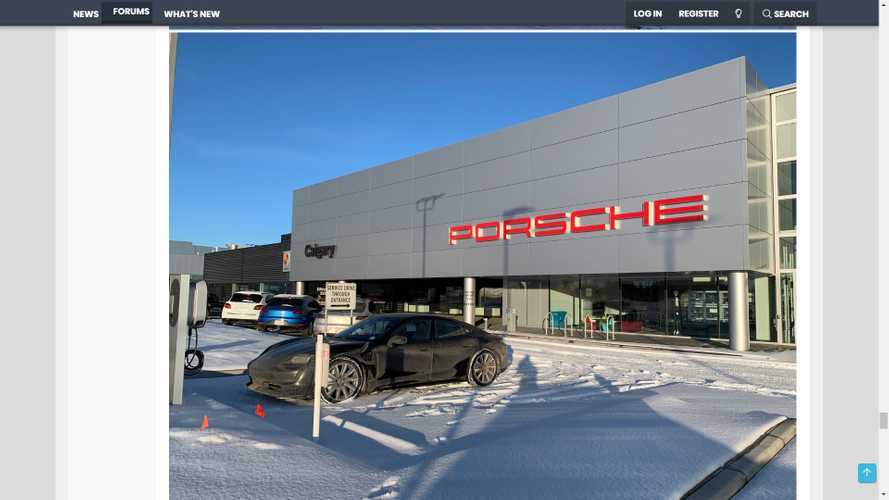 Planned 10,000-mile road trip through North America may end if Porsche is not able to fix the problem.

Don Louv knows the handicaps of being an early adopter and he seems to be okay with them. All for the privilege of being one of the first people to own a Porsche Taycan. He decided to put the car to the test on a 10,000-mile road trip. After completing a quarter of that route, in Calgary, his Taycan decided it would no longer accept fast charging.

Louv is sharing his story on the Taycan Forum. He started a thread there on January 29, 2020, describing the road trip. It will go around the US, and he was planning to reach Banff on February 2. The fast charging issue prevented that.

UPDATE: Don Louv got in touch with us and explained what happened. This text was edited to reflect that.

Believing it was an issue with the Level 3 charger he tried first, Louv drove his Taycan to a BMW dealership in Calgary that also had fast charging. It did not work. So he decided to reach the Porsche dealership in that city, although he risked not getting there. In the end, he managed to, even if with only 2 percent of charge left.

Louv got a hotel room with a view to the Porsche dealership and was hoping to get his problem solved on Monday morning. In an exciting twist, the general service manager at Porsche Calgary is also on the Taycan Forum.

Lawrence Romanosky told him he would be there at 9 AM and that he could talk to another member of the team as soon as 7 AM. That would be the first Taycan they would see: the Canadian presentation is still days from happening, more precisely on February 27.

On top of that, the only technician trained to deal with Taycans was getting back precisely from that training. When he arrived, he apparently managed to fix the car. Louv still does not know what went wrong, but he is very satisfied with the attention he got from Porsche.

On the other hand, the Taycan owner wished Porsche had tech support available. He talked with customer services, but what he really wanted to know was what could be wrong with his car. We’ll keep an eye on the thread to update this when he discovers the reasons his Taycan was not accepting a fast charge.

Louv got in touch with us to explain what happened.

No problem was found with the car. It was the charging stations. My bad luck for having hit three in a row that failed.

I do wish that Flo charging station provided 24/7 tech support, but they don’t. They just don’t have enough customers yet to warrant that. It’s an unfortunate business reality."