The EV is now being built in Europe and Korea.

Hyundai has cut the waiting time for a Kona Electric in the UK due to strong demand from customers.

The electric crossover is now being produced in the Czech Republic as well as South Korea, allowing Hyundai to increase the supply of cars and slash lead times. 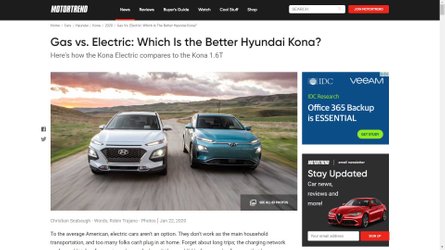 Comparison Between Kona Electric And 1.6T Shows Another EV Burden
⠀ 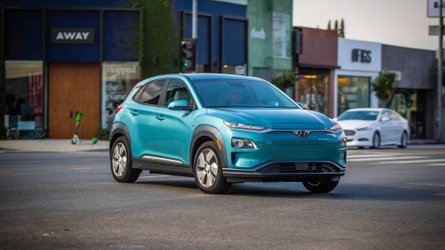 "The Hyundai Kona Electric has achieved outstanding success in the UK since its introduction, with demand for the model quickly outstripping supply," said Ashley Andrew, managing director of Hyundai Motor UK. "We have listened to our customers and are significantly ramping-up availability in order to cut delivery times, a move that we hope will encourage more people to consider a fully electric car."

The Kona Electric is powered by a 150kW (201 bhp) electric motor driving the front wheels, which gives an official range of 278 miles. In fact, it recently topped WhatCar? magazine's 'Real Range' test for electric vehicles. The car also recently won a prestigious Which? Best Buy award too.

Like the traditionally-powered Kona range, the Electric seats five passengers and has an impressive boot capacity of 332 litres. It also has new connectivity features with Hyundai Bluelink, and a new navigation system with 10.25-inch centre display as standard.

For those not quite ready to embrace the electric revolution, the Kona can also be specced with a 104 bhp 1.6-litre direct-injection petrol four-cylinder engine, supllemented by a 43 bhp electric motor.