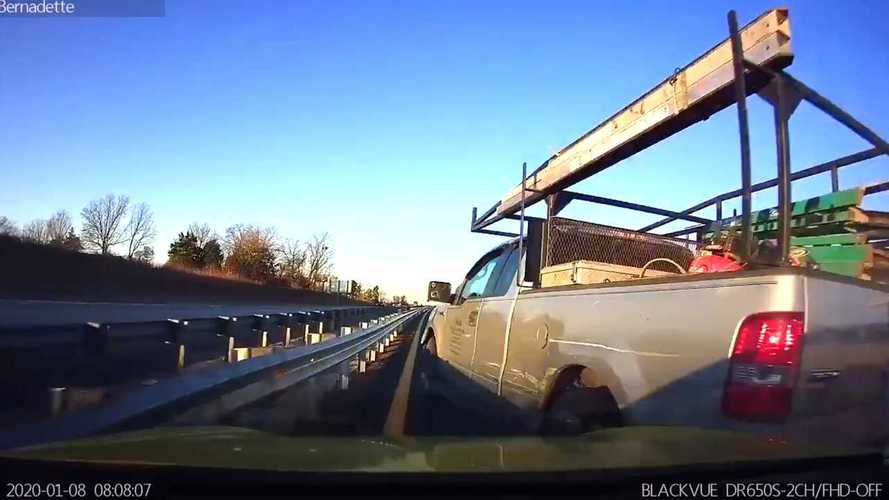 Jason Hughes, from HSR Motors, constantly helps us with the MCUv1 problem.

Ask anyone that deals with news, and you’ll know that helping bring them to the public is always better than being the news. Jason Hughes, from HSR Motors, has already helped us a lot understand the MCUv1 issue and other Tesla related matters. This time, he had the misfortune of becoming the primary subject of our article due to an accident that apparently happened on January 8.

Hughes was apparently riding as a passenger in this Tesla when everything happened. Before we explain anything, have a look at the video he shared.

Now that you have watched it, you can see that the truck was in the middle lane minding its own business when a white Jeep Grand Cherokee cut in front of it. Instead of braking hard, the truck driver decided to go left, precisely over the Tesla in which Hughes was.

Pressed against the guard rail, the Tesla had severe damages, which led Hughes to believe the car will be totaled. Some Tweeter users tried to be positive but he knows what he is talking about.

Some others, as usual, tried to blame the messenger. Because internet.

Even the competition was concerned. Too bad it saw no news potential in this. We did. In fact, we think this video can go viral.

There also were people sharing similar situations they faced recently.

Ironically, we tried to talk to Hughes on January 5 for an article on the MCUv2 retrofit Mr. Green performed in his Model X. Check what this Tweeter user says about the car that crashed.

It was also a retrofit. On the other hand, this accident is probably the reason why Hughes still did not get in touch with us. Lots of things to solve with the insurance companies and also the huge amount of work HSR Motors must have these days.

We’ll try to learn more about what happened when he gets back to us. As most people said, we are glad no one got injured. This is always what matters the most.