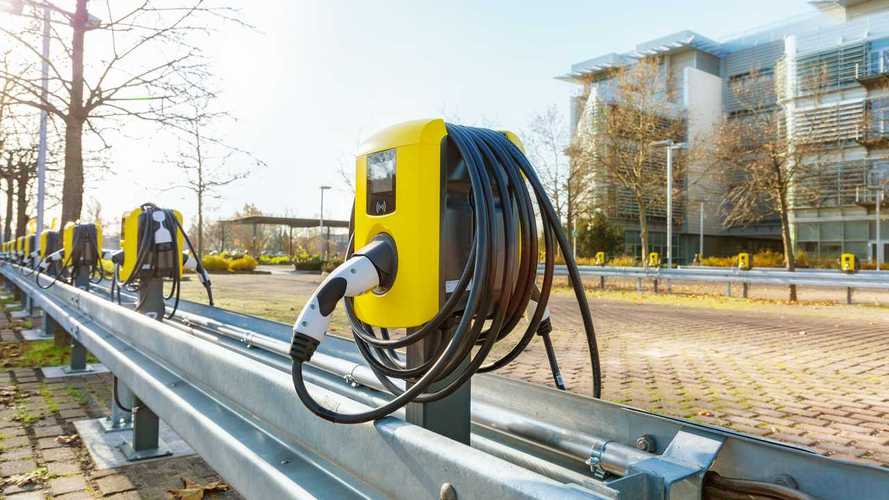 About a year after announcing the charging infrastructure project to change the City of Rüsselsheim am Main in Germany into the so-called “Electric City”, Opel announces the completion of its part.

The company (part of PSA Group) has installed 350 charging points at its headquarter facility for company cars and development vehicles.

In total, some 1,300 charging points will be installed in Rüsselsheim - one per 72 inhabitants, which will translate into the highest density in the European Union.

"Electric City is a joint project of multiple partners including the City of Rüsselsheim am Main, RheinMain University and Opel. Together, the partners want to accelerate the expansion of the charging infrastructure for electric vehicles. Sponsored by the Federal Ministry of Economics, of around 1,300 charging stations will be installed across the city. These will be located in all districts and residential areas, on the Opel premises, on the campus of RheinMain University, in residential estates of gewobau Rüsselsheim, on the parking areas of selected supermarkets and shopping centres and on the premises of the municipal clinic (GPR)."

The project envisions a few other charging hubs (three with 200 points and one with 90 points) as well as many smaller stations (mostly AC):

“Opel goes electric is not an empty promise. A consistent electrification strategy is an important pillar of our PACE! company plan. This also includes creating the necessary charging infrastructure for our electric vehicles developed here in Rüsselsheim. Now we have this infrastructure. I would like to complement the team and the rapid implementation of the project. In order to help electric mobility achieve a breakthrough more such overarching infrastructure projects are needed.”