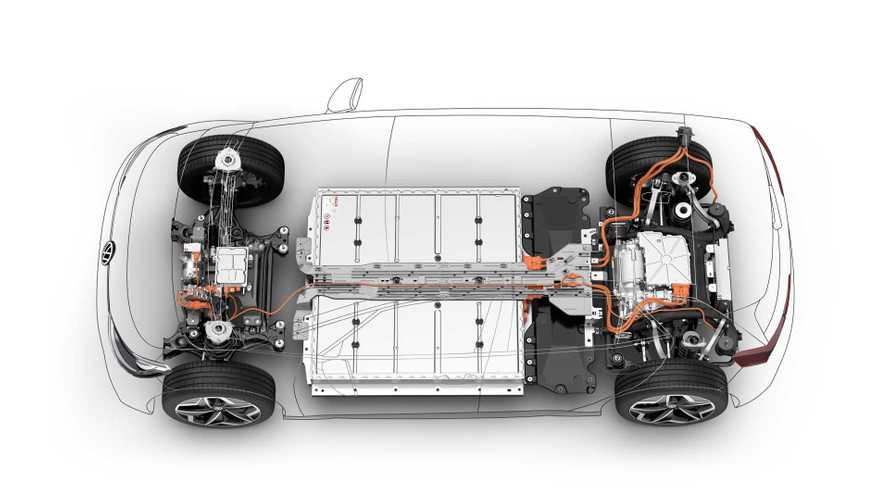 Volkswagen recently briefly presented one of the key components of an electric car, the battery system. In the case of the MEB platform, it's an all-new, modular battery pack, reminding us of a bar of chocolate.

The new battery packs (as well as the previous generations since 2013) are produced by the Volkswagen Group Components in Brunswick, Germany, where near-term plan envisions a gradual increase of production to 500,000 packs annually.

In the case of the Volkswagen ID.3, the flagship model, the pack is described as follows:

"The structure of a battery: cell – module – system
The high-voltage battery system uses lithium-ion cells, which are also used in mobile phones and notebooks. A single battery cell is the smallest unit in the battery system. It can store energy and release it again. 24 of these cells are currently consolidated into one battery module. The number of modules that are then put together to create a battery system is variable. This modular structure allows for maximum flexibility: if the customer requests a higher range, then more modules will be fitted to the battery system. The fundamental structure however remains the same. In the ID.3, up to twelve modules are put together via a battery connector to form a battery system. A voltage of up to 408 volts is applied in the system, which is considerably higher than that in a domestic socket, which only supplies 230 volts.

"Central distribution point for energy
The MEB is making full use of the technical possibilities of electric mobility. The electric vehicle can be practically developed around the battery, so that there is enough space available for the energy storage device. This constructive approach offers numerous advantages for the positioning of drive components and ancillaries. The battery’s flat structure and design in the underbody also allows for a spacious vehicle interior between the axles. The aluminium battery housing with an integrated crash frame protects the battery and provides optimal stability as well as significant weight saving. The aerodynamics in the vehicle underbody are optimised by the solid collision protection components, also made out of aluminium, of the battery system."