Electric Ford Pickup Will Require Much Larger Battery Than Cybertruck 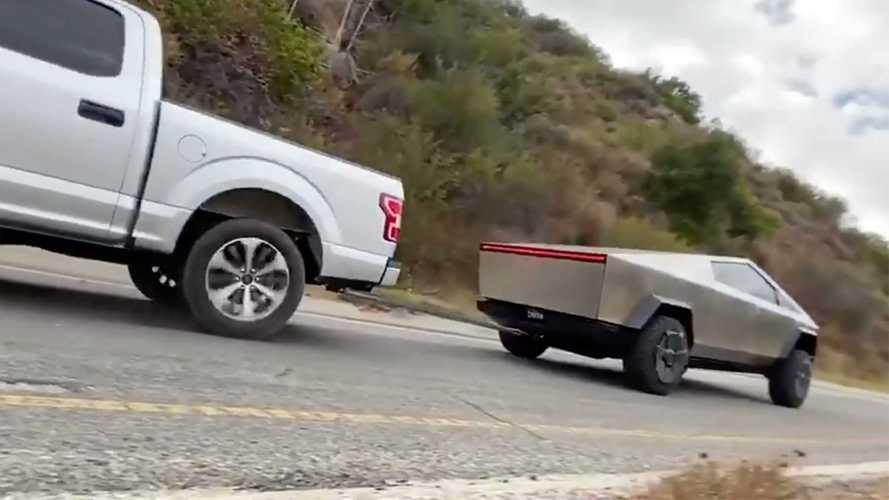 It all comes down to efficiency and that's where Tesla wins.

ARK Invest has done some interesting analysis on the Tesla Cybertruck recently. It says the pickup truck attracted attention in places where the Model 3 didn’t. We got in touch, and we were still waiting for answers when they came out with another one. Taking the Mach-E efficiency into account, if Ford decided to build a pickup truck to confront the Cybertruck, it would need a much larger battery for the same range.

Check out this tweet from Sam Korus, an ARK Invest analyst:

Korus mentions not only how bigger the battery pack for the Ford competitor would have to be – around 48 kWh larger – he also affirmed it would be about $6,000 more expensive.

Teslas Are Arguably Bad At Towing: Will Cybertruck Change This?

It is an interesting conclusion, but how did ARK Invest reach it? This is what we asked the company a while ago regarding the Cybertruck's demand tweets from Brett Winton, director of research at ARK Invest. Check them here:

This tweet relates to the “estimated Cybertruck pre-order volumes and percentage change relative to Model 3 pre-orders.” And it puts a percentage number above and another one under it inside each state. We suppose it is the volume of reservations, in thousands. But the number does not add up to the reservations that the company had when the tweet first appeared.

On November 27, we published that Elon Musk had confirmed the Tesla Cybertruck already had 250,000 reservations. Winton tweeted all the maps and graphics on November 28. The chart above has a volume reservation of 155,400 units, or 94,600 less than Musk said the electric pickup truck had.

Another graphic could have shed some light on the difference, but it only made it a little more obscure.

The way the info is placed on the map, it gives us the idea that California had 30,400 more reservations for the Model 3 than for the Cybertruck. But if California reserved 32,300 units of Tesla’s pickup truck, why does the difference seem to start at 270,000 units on the graphic?

There is more. The graphic shows 23 states had more reservations for the Cybertruck than for the Model 3. The map reveals only 18, with different reservation numbers.

In the graphic, Alaska had a 0.0 more reservations, which implies it was positive, but below a hundred. The map informs that Alaska had 400 reservations for the Cybertruck. Without a reasonable explanation for these numbers, we do not know what to believe.

Moving back to the Ford electric pickup truck created to beat the Cybertruck, how did ARK Invest get to these numbers? Some Twitter users tried to discover that.

James Hatfield remembers the bigger battery pack would make it much heavier. That was not in ARK Invest’s calculations.

As the conversation develops, we learn that the battery pack would have to be close to 55 kWh bigger. And that ARK Invest's supposition was that Ford made a perfect clone of Tesla's pickup truck.

Even as just a hypothesis, this is very far-fetched. Ford would never risk doing a stressed-skin vehicle. In more than 100 years, it never has. Recent patent images show it will stick to the body-on-frame solution of all its other pickup trucks.

But let’s suppose Tesla proves it is possible to have such a vehicle. And that, after studying what Tesla did, Ford decides to have a stressed-skin pickup truck itself. If it theoretically did that, why wouldn’t it be able also to do a more efficient drivetrain? In theory, everything is possible.

Perhaps the intention was to demonstrate how inefficient the Ford Mach-E is when compared to a Tesla. If that was the case, why not use the Model Y as a reference? What does ARK Invest know about the Cybertruck that nobody else does to calculate the size of the battery pack a Ford competitor would have? Who told ARK Invest it will be the same we see on other Tesla vehicles nowadays?

We hope that the company finally gets in touch to clarify all our doubts on this Ford competitor, the map, and the graphic. It will be interesting to hear what they have to say.