UPDATE: Is This Our First Real Look At The Tesla Cybertruck?

An anonymous tipster claims this leaked image is the real deal.

This may well be the first real leaked imaged of the hugely anticipated Tesla pickup truck called the Tesla Cybertruck. But is it the real deal?

Take a look at the two images below courtesy of CybrtrkOwnersclub.com 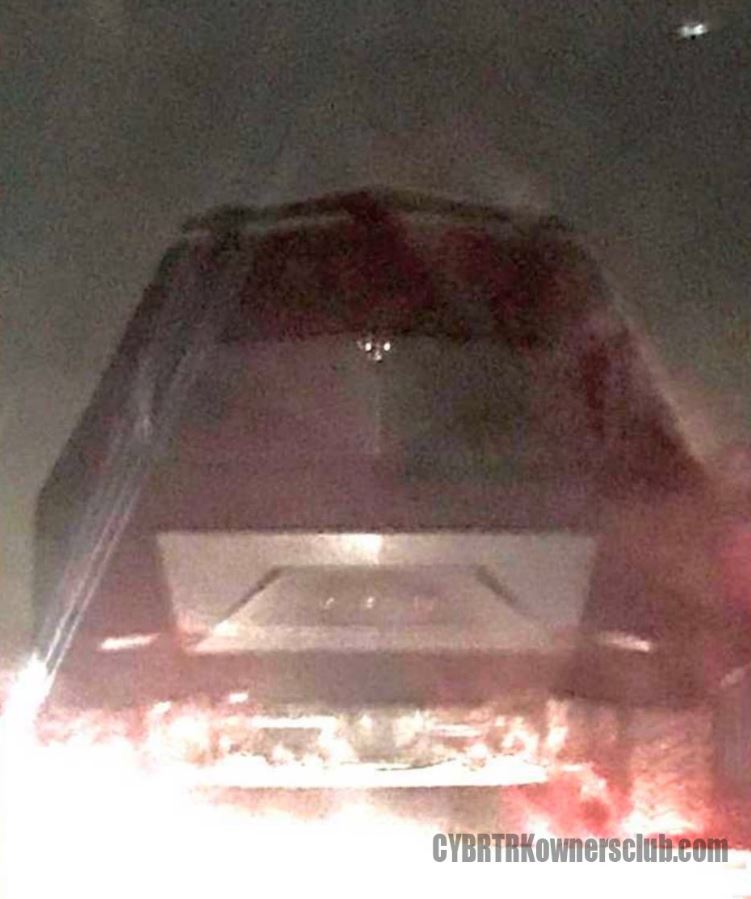 There's no way to verify the authenticity of these images, but they do fit the Cybertruck design attributes mentioned by Musk.

If we are indeed looking at the actual tesla Cybertruck, then perhaps it's the rear of the truck. It does have that armored personnel carrier from the future appearance to it, as mentioned by Musk.

It reminds us a bit of a stealth bomber too, but if you examine the image closely, it seems there may be some sort fo differential lurking underneath there and that wouldn't fit with what we've come to expect from electric vehicles.

Elon Musk previously mentioned that the Tesla Truck will not look out of place in the set of the sci-fi Blade Runner franchise.

It seems Musk may have shown the tesla truck to the world back in April of this year. More details here.

We'll find out later tonight if this is indeed the real deal when the Tesla truck gets debuted. You can watch the livestream of the event here.

Tesla Pickup Truck Is Most Anticipated Presentation Ever From Tesla
By: Eric Loveday
++
++
Got a tip for us? Email: tips@insideevs.com