How Shell Is Meeting The Electrification Challenge 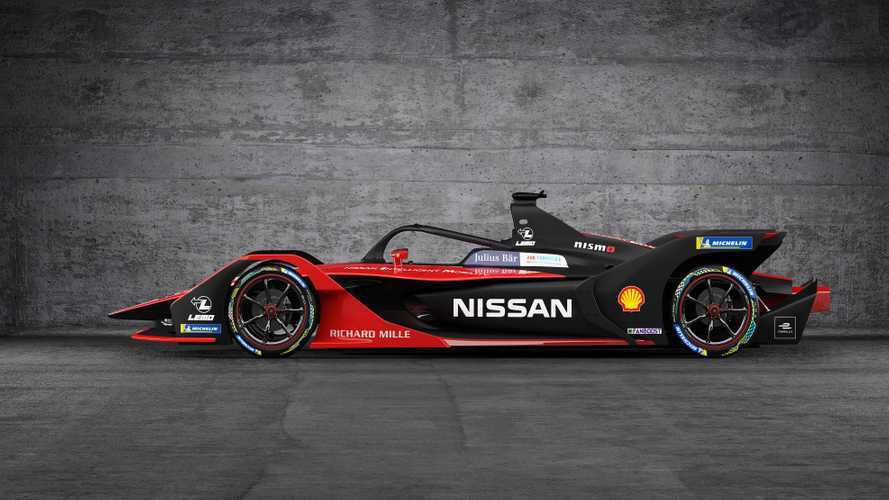 Shell has been in the energy business for over 100 years. And though its history is mired in the extraction and sale of fossil fuels and their by-products, the Anglo-Dutch outfit is well aware of the move toward the electrification of transportation now taking place. And, it is actively engaged in this transition on several fronts.

We spoke with Joerg Wienke, Vice President Global Retail Marketing at Shell, at the season six launch of the Nissan e.dams FIA Formula E team, who gave us a heads up on a number of efforts the company is involved in. He began, naturally, by talking about racing.

Just as it has had high-visibility involvement with the FIA Formula One racing series since its inception in 1950, Shell has taken a strong interest in the ABB FIA Formula E Championship series. It is the first traditional energy company to do so. When the lights go green this weekend to kick off the new season, the company's familiar yellow pecten shell logo will be emblazoned on the bodywork of the Nissan e.dams entry, signaling a continuation of the sponsorship that it began last year.

And, while this arrangement will get its logo in front of the eyes of a new generation of racing fans, Shell is also taking advantage of the relationship to develop new products and improve on others for the growing electric vehicle market. So-called "E-fluids" include things you might expect, like low-friction oil for gearboxes and other lubricants, as well as others we're less used to thinking about, such as coolant for battery packs and power inverters.

If you caught our interview with Nissan e.dams driver Sebastian Buemi, you may remember the incredible progress that he mentions Michelin has made in tire technology in its partnership with the series. The tires are now lighter, have lower rolling resistance, and more grip than previously. This is the kind of progress Shell is counting on. Efficiency is crucial in electric vehicles and every small gain is a huge win. Higher efficiency E-fluids can give Shell a bigger slice of the market as it continues to develop.

While we're fascinated about the potential of E-fluids – we will be digging deeper into this tech in the near future – Shell is probably best known to most people for its retail sales of energy products, which have historically been fossil fuels. It makes sense that electric vehicle charging, which is essentially energy delivery, is a key part of its strategy in this sphere. It is pursuing this opportunity on a number of fronts.

It is working with businesses to supply charging for fleets. It is involved with charging networks that deliver electricity at public charging stations. Finally, it is also helping electric vehicle owners install residential charging stations (EVSE).

Its public charging networks are probably the most prominent. Back in 2017, it acquired NewMotion and has continued to grow that company. Earlier this year, NewMotion boasted it had gained over 170,000 cardholders who now had access to 100,000 charging points in place across 28 countries.

In the UK and Europe, it is also placing charging services in its traditional locations. In the UK, this effort is branded as Shell Recharge in partnership with Allego. It kicked off about two years ago with three stations equipped with 50 kW DC fast chargers. It is now up to 34 locations and has started to add 150 kW units for today's faster-charging vehicles.and has plans to place hundreds more. It's notable that the electricity obtained through Shell Recharge is from 100 percent certified renewable sources.

Meanwhile, on the mainland of Europe, the company has teamed with Ionity to place 350 kW services in 80 of its stations.

The energy giant also recently purchased Greenlots, which, among other things, offers both residential and commercial charging services. Headquartered in the U.S., it has projects in 13 different countries, including installing charging at Shell stations in Singapore. Its commercial customers include names we suspect will be familiar to you: Volvo, GM, and Volkswagen-Electrify America.

To sum up, it's fair to say this giant energy company is looking forward and seeking out business opportunities across the electrification landscape. Though not seemingly idealistically driven – few businesses are – we have to say we are glad they've turned some of their resources in this direction. Be it through its involvement with Formula E, its development of E-fluids, or its charging infrastructure, the motion here is consistently forward.

One point that Weinke made about future developments stuck with us. When asked about the growth of charging networks over the next five years, he replied, "That will grow with customer growth. Our strategy is we are investing ahead of where our customers are. Because we need to provide infrastructure to get things going. We're a big company so we can do some of that."

It gives us some hope in their continuing commitment to change but it also puts the onus on us, the drivers of the world, to "be the change," as it were. They, Shell and others, are building "it," so we need to come and inhabit this electrification field of dreams.

*Shell paid for transportation and accommodations to facilitate this article.