The Tesla Model 3 wasn't named Motor Trend Car of the Year, nor did it get top honors from NACTOY, which is commonly referred to as the "Oscars of the Auto Industry." Still, it's important to note that the entry-level Tesla sedan has certainly racked up a long list of awards and honors in the U.S. and across the globe.

With that said, it was up for an incredibly prestigious award this week, and the competition was legendary. We're talking about German auto publication AUTO BILD and its "Golden Steering Wheel Awards."

AUTO BILD chose the Model 3 over iconic cars like the BMW 3 Series and Audi A4. It was awarded the publication's coveted Midsize Car of the Year award. Tune in to the video above around the 41-minute-mark to watch the midsize car portion. Tesla CEO Elon Musk heads up on stage to accept the award.

It's truly crazy to see an American car (and an electric car) win this award, especially since the Model 3's rivals have "home field advantage." Interestingly, CEO Musk made a major announcement during his acceptance speech. He shared that Tesla has chosen Berlin, Germany as the future location of its Gigafactory 4.

Check out the Golden Steering Wheel award below. 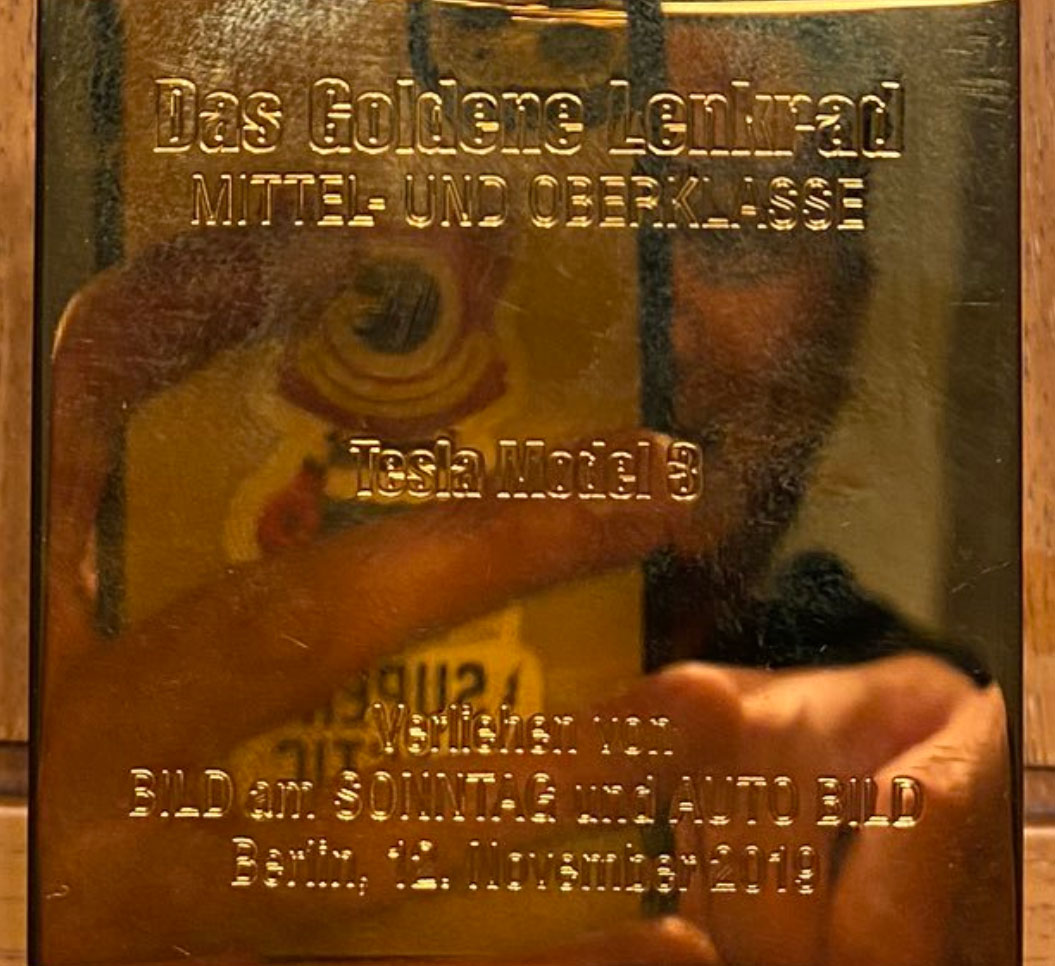