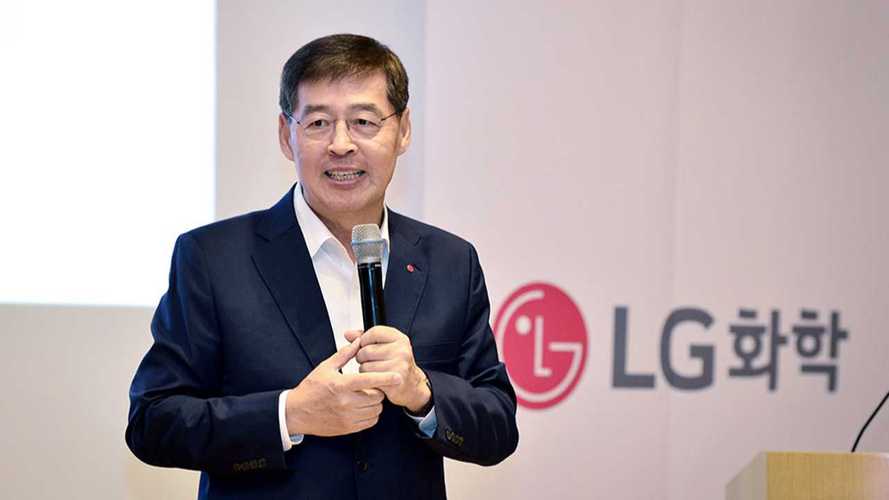 Battery prices will be around $100 per kWh by that time.

LG Chem's strategy of investing in lithium-ion cell manufacturing capacity is based on a forecast of strong growth of plug-in electric cars.

"Last year, 2.4 million electric vehicles were sold, according to LG Chem. That represented less than 3% of total global vehicle sales, according to Reuters calculations based on data from researcher IHS Automotive."

Of course, the demand for lithium-ion batteries will grow even quicker because the average battery capacity is increasing.

LG Chem To Build Second Battery Factory In The U.S.

The value of EV battery market probably will exceed the semiconductor market by 2025 and LG Chem, as a major player in the electric car segment, will take a significant part of the pie.

Simple guess that 13.2 million plug-ins with an average 50 kWh battery and $100/kWh would translate into:

LG Chem earlier revealed that it would sell in 2024 batteries amounting to $26.7 billion.