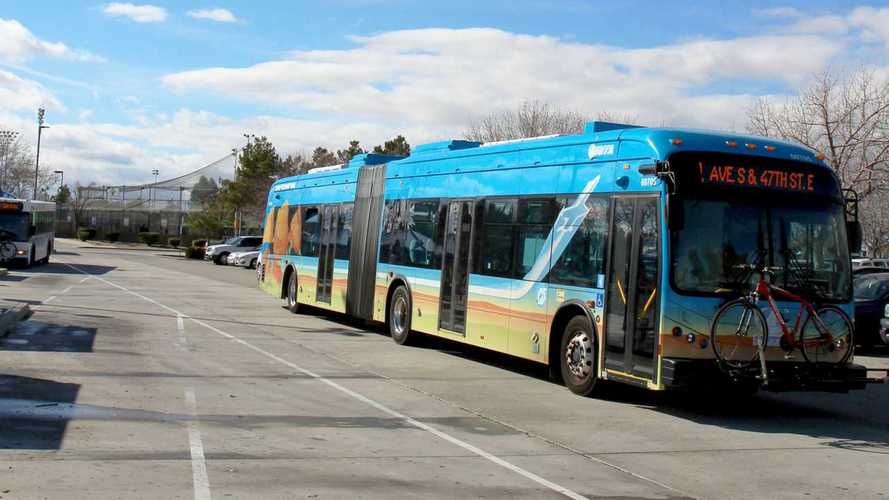 With a completed full Altoona Pass/Fail test, BYD K11M will be included in federal grant programs.

"BYD’s K11M became the first battery electric transit bus of its size to complete the full 15,000-mile durability test in an impressive 106 days, setting the bar high for all other bus manufacturers. A report on the testing is pending."

It's an important achievement, which will allow transit agencies to purchase the buses with FTA funding. Some, like Antelope Valley Transit Authority, Los Angeles International Airport, and IndyGo in Indianapolis already acquired the K11.

“The K11M passing the durability testing is a great milestone for BYD. We were the first in the industry to develop a 60-foot battery-electric bus and are proud to see it in use with transit agencies across the country.”

The Altoona tests were in the past used by bus manufacturers as kind of proof that the new EV models are performing well. A year ago, for example, New Flyer boasted that its 60-foot EV model was the first to complete Federal Transit Administration (FTA) Model Bus Testing Program at Altoona. Multiple Altoona tests were completed also by Proterra.

The latest deployment of BYD K11 in the U.S. was in Indianapolis' Bus rapid transit (BRT) system, but the 60-foot long BYD buses from Lancaster, California and can be spotted even in other countries like Chile: