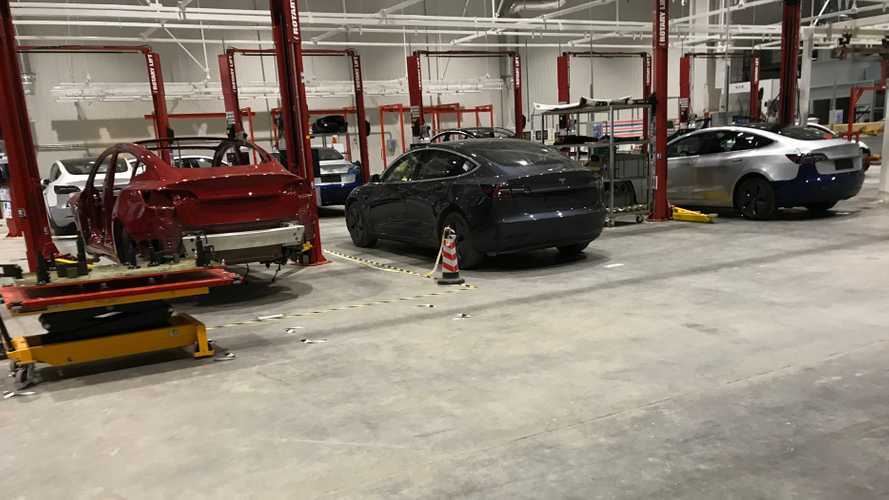 Those are reportedly trial production units, built as part of the preparation for series-production.

A new photo of several Tesla Model 3 at various stages of completion at the Tesla Gigafactory 3 was recently shared by an anonymous source.

It's believed that those are trial units, painted and assembled before the company will start series production.

In the case of Tesla, some sources report that production might start on October 14 or so, using LG Chem batteries.

Who knows, maybe soon we will see the first made-in-China Model 3 Standard Plus driving around for validation tests?