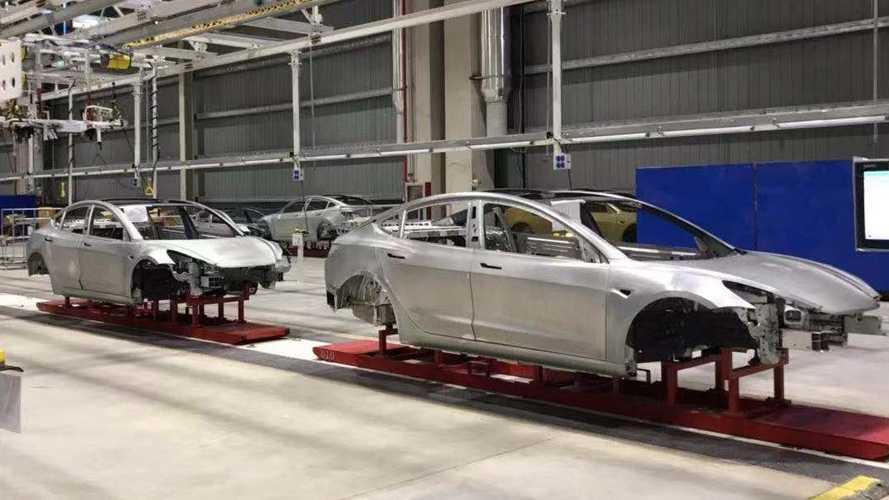 Tesla appears to be way ahead of schedule here.

If you follow InsideEVs — and we can only assume you do if you're reading this — or stay up to date on EV news, especially related to Tesla, you likely know full well that Tesla is making incredible strides with its Gigafactory 3 in Shanghai, China. That is to say that construction has been extremely fast and efficient thus far.

The automaker hopes to be building Model 3 vehicles tor the local market here prior to the end of 2019. However, Tesla already debuted a Model 3 in China that was reportedly built there, though we don't know for sure exactly what production processes can be 100-percent credited to occurring inside the Chinese auto factory.

What we do know now is that, at the very least, Model 3 bodies may be already be being manufactured at Gigafactory 3. Again, this is speculation, since they could have been shipped there, but that doesn't make a whole lot of sense. We'd love to know what you think.

At any rate, a Chinese blogger recently posted leaked images of the Model 3 bodies inside the Shanghai Gigafactory. The initial share was discovered on China-based social media site, Weibo. In addition, some tweets followed the social media share.

After much doubt about Tesla's ability to quickly construct a Gigafactory (not a battery factory, but instead, an automotive production plant) in China, this is all welcome news. It seems not only has Tesla far exceeded the media's expectations but apparently its own.

The fact that the automaker already showed off a China-made Model 3, in addition to these latest images of what appears to be a working body assembly line is truly compelling. Let us know your thoughts in the comment section below.