Rare Chance To Hear PHEV Mercedes-AMG One, Sounds Like An F1 Car 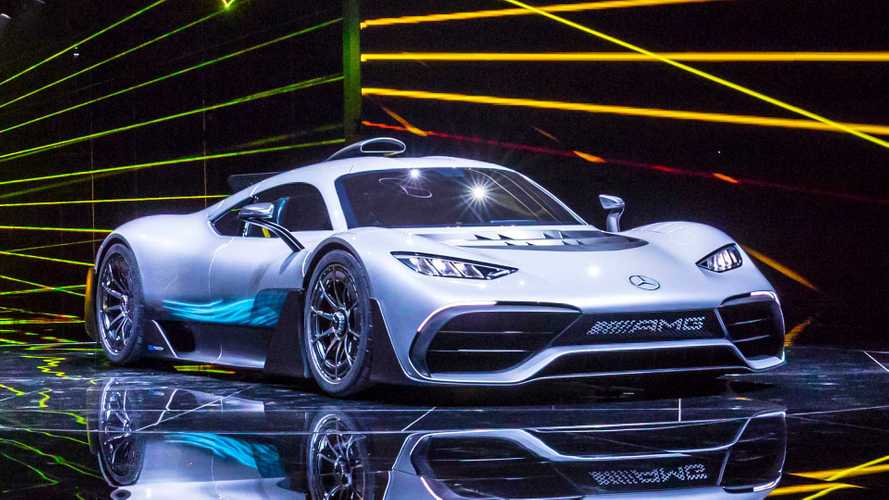 Now do a wide-open pass, please.

Mercedes-AMG revealed the One nearly two years ago to much fanfare. Remember, this was 2017, and the hypercar had the looks to match AMG’s performance aspirations. But the car has had to overcome several hurdles. Deliveries are not expected to start until sometime in 2021. That’s still two years away, but a video, shot on a potato, recorded the One’s exhaust note, and it sounds good.

The video is super short, following the One as it cruises down what appears to be a race track. The video’s subpar quality makes it difficult to determine the location with certainty. But does it sounds quiet, almost too quiet? The car packs a reworked 1.6-liter Formula 1 engine paired with a hybrid system to give the hypercar a claimed 1,000 horsepower (745 kilowatts).

Stricter emissions regulations, along with new sound rules, are at least part of the reason as to why Mercedes has delayed the One – and why it’s behind schedule. There are rumors the automaker has faced tremendous problems adapting the F1 engine for a street-legal vehicle. The tightening emissions regulations and other new rules to meet do not help, and F1 engines are already finicky enough. They don’t even have on-board starters, instead, using an external starter to fire up the engine.

Whenever the Mercedes-AMG does arrive, the company will build just 275 examples. All have buyers, so put the wallet away. Each has a price tag of $2.7 million. That’s a lot of pennies. Mercedes still has a long ways to go before the One is delivered to customers. The sound captured on the video could be a far departure as to what the production version will sound like. However, with Europe’s new noise rules, which are already affecting the sounds of Mercedes vehicles and threatening the future of Ferrari’s V12 engines, the One could lack a powerful soundtrack. Then again, Mercedes could figure it all out before then.