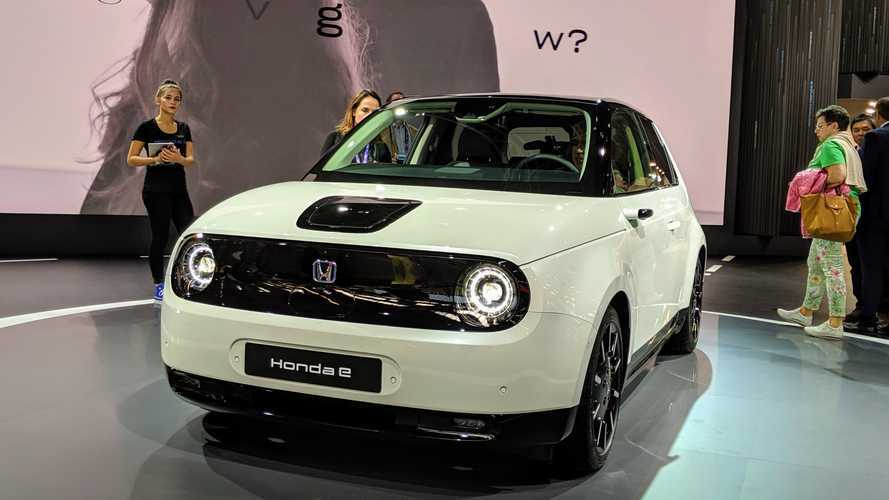 It's quite reasonable for sure, at least in comparison to earlier reports.

Despite the fact that the Honda E is not coming to the United States, we've been eagerly anticipating more details about the car, as well as official pricing from the automaker.

Just recently, — at the 2019 Frankfort Motor Show (IAA) — the Honda E was finally officially revealed in production form. Honda has revealed the car many times, but only as a concept car and a prototype.

Just prior to the show, Honda revealed the car, along with some details about specs. The base model features a 35.5-kWh battery pack, which is good for a maximum range of 220 km (137 mi). It delivers 134 horsepower. A more powerful, 152-horsepower "Advance" model will be available as well.

Coming officially from the Japanese automaker, the base Honda E will carry a starting price of €33,470 ($36,957 USD), prior to any German EV subsidies. Factor in such incentives and the Honda E will start at €29,470. This is actually less expensive than previous estimates that came in at the equivalent of about $45,000 USD.

The more powerful "Advance" trim level will be offered with a starting price that's €3,000 (~$3,330) higher. Not only is it peppier, but it also comes better-equipped, with desirable features like heated front seats, a heated steering wheel, and Honda's Parking Pilot system.

The order books for the Honda E are set to open this month, with deliveries beginning in select European countries during the summer of 2020. It's important to note once again that Honda will not be bringing this urban EV to the United States. We can only hope that will change in the not-so-distant future, though crossing our fingers will probably not make it a reality.