Rear-End Crash Caught On Camera By A Tesla

The Tesla driver heard a loud thud, but didn't realize what had happened right away.

This video captures a rather violent rear-ending crash at a stoplight. The pickup truck stops, but the car behind did not.

It's not perfectly clear from the video, but it appears as though the pickup truck driver was stopped so that it could turn. However, as the train passes by, the truck cannot turn, so it waits until it's clear. 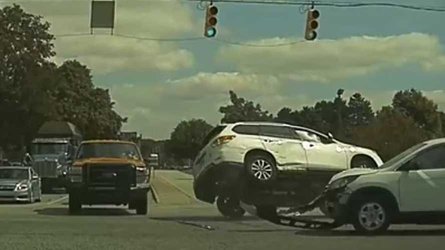 Watch Rollover Two-Car Crash From The View Of A Tesla
⠀ 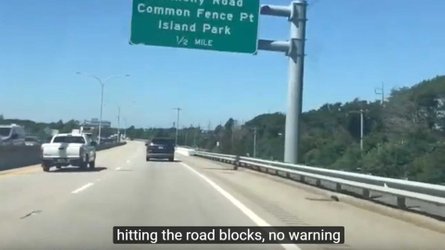 The car behind the stopped pickup truck must not have seen that a train was approaching and wrongly assumed the truck would turn. When that didn't happen, the car slammed into the rear of the stopped truck. That's what we make of the situation, but perhaps someone else has a better take

See the crash from the perspective of a Tesla above.

I was driving home from work. Heard a big thud but did not even realize there was an accident till i completed the turn.