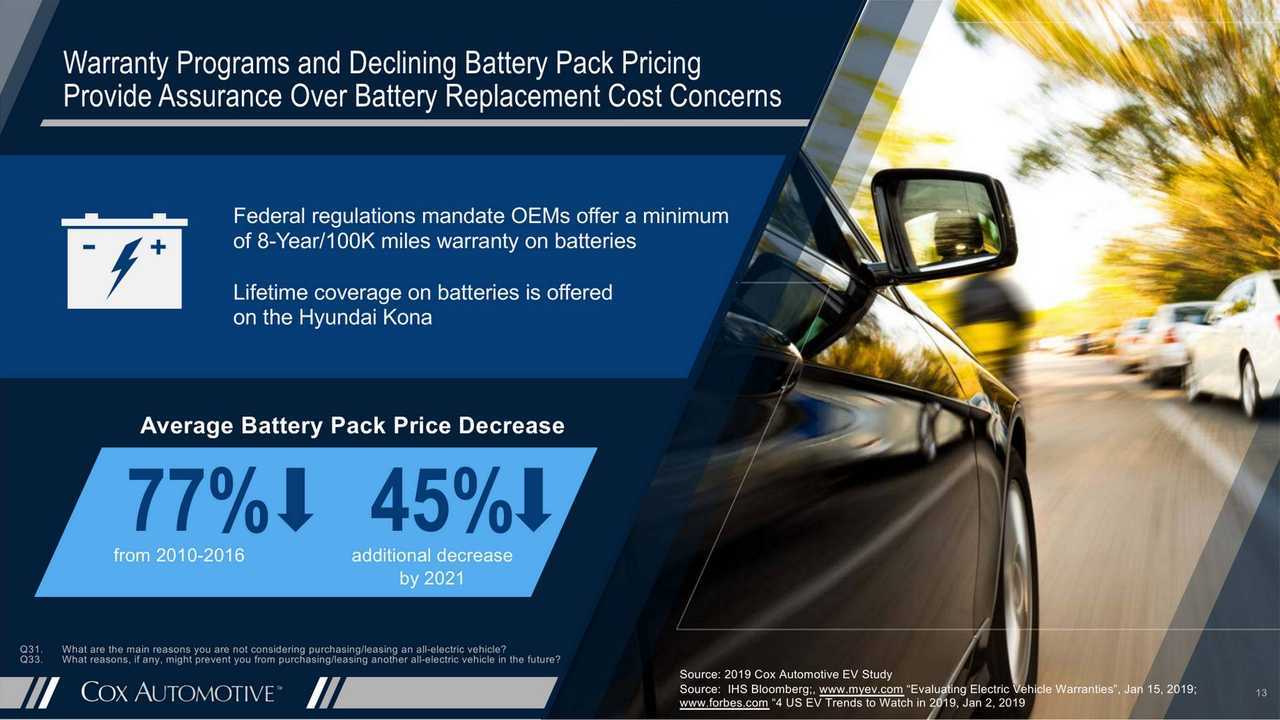 Cox Automotive, the owner of KBB – or Kelley Blue Book, if you prefer – released a very interesting study on EV adoption. Mostly trying to understand why it is taking so long to spread. It has interviewed dealers and customers to get the whole picture. After speaking about the dealers’ perspective, it is now time we check what is holding car buyers back on EVs.

The study was so rich we had to write three articles simultaneously. And get them all published at once, so that we had everything covered. Especially because the study also points out how important Tesla is to EV adoption just on itself.

What Is Hampering EV Sales? Cox Gets Answers From Dealers

If no other carmaker was willing to sell anything electric, Tesla would cover for them, as Jack Rickard recently stated in a brave text. But, as you may imagine, this is something for our third article on the Cox Automotive study.

It may come as a surprise, but customers still fear range limitations, charging difficulties, and EV prices. At least among what Cox Automotive names as non-considerers, people that do not even consider to buy an EV.

Among these guys, 83 percent of them are afraid of charging and range and 70 percent fear EV costs. Unfortunately, Cox Automotive does not mention which are the biggest EV fears for considerers – the ones that are willing to adopt EVs as their cars.

There is no explanation in the study for that, but it is obviously due to more investment needed to make ICE vehicles less pollutant, which drives their prices up. EVs, on the other hand, are getting cheaper and cheaper battery packs with new developments. It would be no surprise if prices would be virtually the same for EVs and ICE cars in the same segments in some years from now.

One of the biggest arguments towards EV adoption is a lower running cost. About 98 percent of considerers take ownership costs into account in order to buy an EV, with 65 percent sure that it costs less to charge than to refill a tank and 54 percent hopeful that servicing is also cheaper. And they are right.

According to the study, the average total cost-to-operate savings in five years amount to 58 percent when comparing an EV to an ICE car. The average saving with charging is 60 percent, while you also get to spend 25 percent less with maintenance.

The recent lawsuit from Tesla Model S owners regarding an update and concerns with the battery pack show another fear people have about EVs: how long their batteries will last and how much clients will have to pay to get them replaced.

Federal laws determine that any company selling an EV has to make sure its battery pack lasts 8 years or 100,000 mi, but owners and considerers fear the batteries on their electric cars will last less than that: 7.2 years and 6.9 years, respectively.

Prices of battery packs have decreased 77 percent from 2010 up to 2016 and there are market estimations that believe they will be 45 percent cheaper until 2021. Even so, 52 percent of EV buyers preferred to buy extended warranty for their battery packs.

In Europe, Renault sells the ZOE as a whole car or “without” the batteries. With that, buyers have the option not to buy the pack but to pay a monthly fee to use them instead. It is a way to leave any problem related to the batteries with the manufacturer.

Finally, the study states people want longer ranges. The minimum acceptable is 184 mi (296 km), while the desired range is of at least 300 mi (482 km). The study shows future EVs will put range anxiety definitely behind, with up to 500 mi (805 km) in offer – for the Tesla pickup truck, by the way. More charging stations would also be nice.

Do you want to know more about the study? Watch the presentation video, check our gallery and feel free to comment at will!