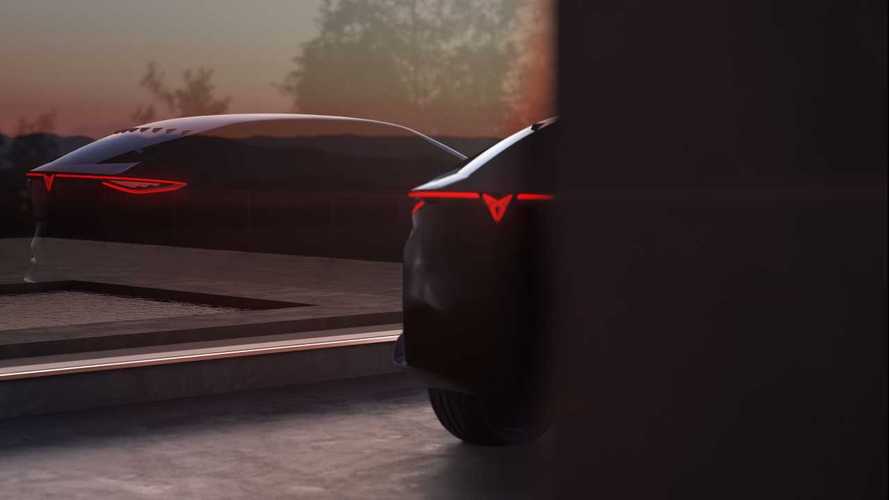 Cupra to show a new all-electric concept, which hints at the first production EV from the new brand.

Cupra (Seat's brand) confirmed that the concept it teased a week ago is a plug-in. It's an all-electric concept actually.

The Spanish company says it's a high-performance vehicle, which combines elements of a four-door crossover, SUV and sports coupe.

"CUPRA is combining high performance with advanced powertrain technology and sophisticated, emotional design to align with its vision of the brand’s future. Its all-electric concept car will be shown at IAA Frankfurt in September.

Uniting the silhouette of a four-door crossover with the presence of an SUV and the sleekness of a sports coupe, CUPRA unveils its vision of the future with an exclusive concept. It is the first CUPRA road car to use a 100% electric powertrain and its proportions are accentuated and emboldened by this zero-emission vision.

The vehicle’s exterior mixes uniqueness and sophistication, bringing athletic proportions and a new kind of energy to the segment. The front of the vehicle is a balance of both aesthetics and performance, with each vent providing efficiency increases to allow the vehicle to drive further, and the illuminated CUPRA logo that sits low, providing a focal point, emphasising its electric powertrain.

At the rear, with no need for exhausts, the diffuser provides functional aerodynamics, but also creates an emotional feeling of performance, enhanced by the elegant rear light, that spans the width of the vehicle, and incorporates the CUPRA logo.

"The unveiling is scheduled for the IAA Frankfurt International Motor Show in September.

The CUPRA Concept will make its world debut at this year’s IAA Frankfurt International Motor Show.

We are now convinced that it will be based on the Volkswagen MEB platform for all-electric vehicles, just like the all-electric crossover coupe Škoda Vision iV concept shown in Geneva.