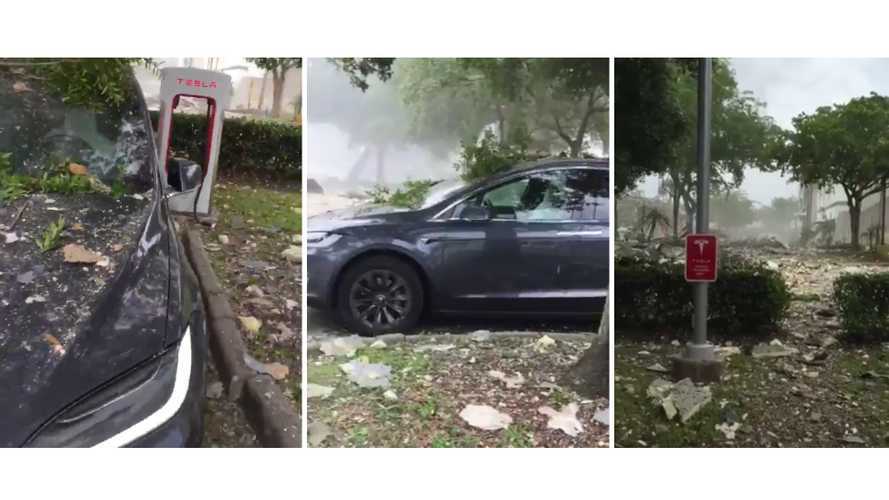 This Supercharging station will need some substantial repairs now.

A Tesla Supercharging station was affected in Plantation, Florid where a massive explosion at shopping center injured over 20 people. The cause of the explosion is reportedly gas, which completely destroyed one of the buildings and threw debris in all directions.

The incident had no direct connection to the Tesla Supercharging station, but it looks like the apocalypse hit the area.

Elon Musk said in the early days of the Supercharging network that the stations will be ready for the zombie apocalypse. We doubt that the station (and nearby buildings) were still powered after such an explosion. The poor Tesla Model X was covered with debris, while the cable was hanging unplugged.

"On the scene of a building explosion in Plantation, FL. A witness just shared this video of the aftermath. He tells me he heard the explosion as he was about to charge his Tesla. He dove underneath the front of it as debris fell all around him."