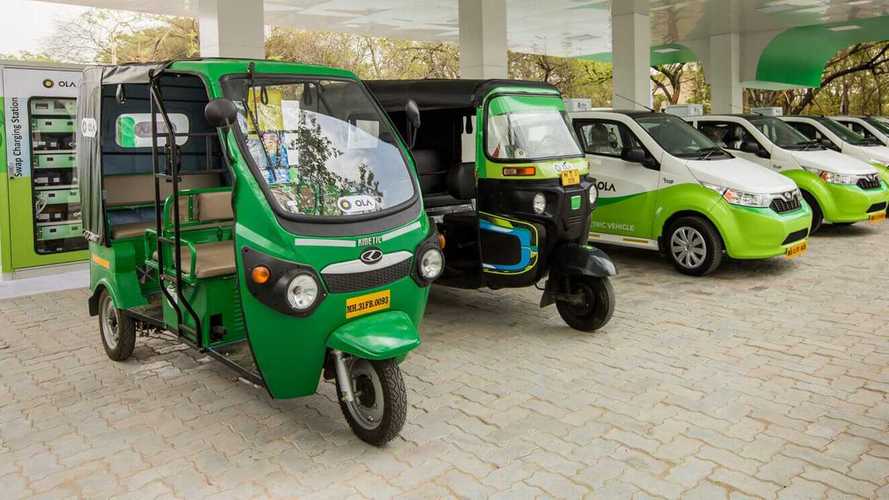 Whenever a startup reaches a valuation of $1 billion USD, it becomes a “unicorn.” This is what happened recently with Ola Electric Mobility, the EV sharing branch of Ola Cabs, an Indian company of transportation solutions.

After deciding to invest in EVs, the company recently received a $250 million investment from Softbank. The remarkable part of the history is that the money already came in just the second round of funding, called Series B. It's enough to reach the $1 billion value after only 2 years of operation: Ola Electric Mobility has been created in 2017.

The goal of this startup is to offer not only electric car-sharing — based on the Mahindra e2oPlus, formerly known as REVA NXR — but also to provide electric rickshaws with swappable batteries to people willing to work with them. That addresses the need for a cleaner means of transportation as well as job creation. With the investment, the company intends to put 10,000 more EVs on Indian streets in 2019. The final goal is to reach 1 million EVs all over that country by 2021.

In this video, to promote what it calls “Mission: Electric,” Ola remembers India is the fastest growing economy in the world, which has led to intense urbanization and an increase in air pollution in big cities. Ola’s mother company was founded in 2011 and now acts as a competitor to Uber. It has expanded precisely in this scenario of economic growth, but with traditional cars.

That said, Ola Electric Mobility is not only a way to build a more environmental-friendly image, but also to expand to countries concerned with emissions. Ola is already present in the UK, Australia, and New Zealand. Being a unicorn certainly gives it good credentials and helps to take the electric car to countries in which it is still seen as an impractical or expensive option.