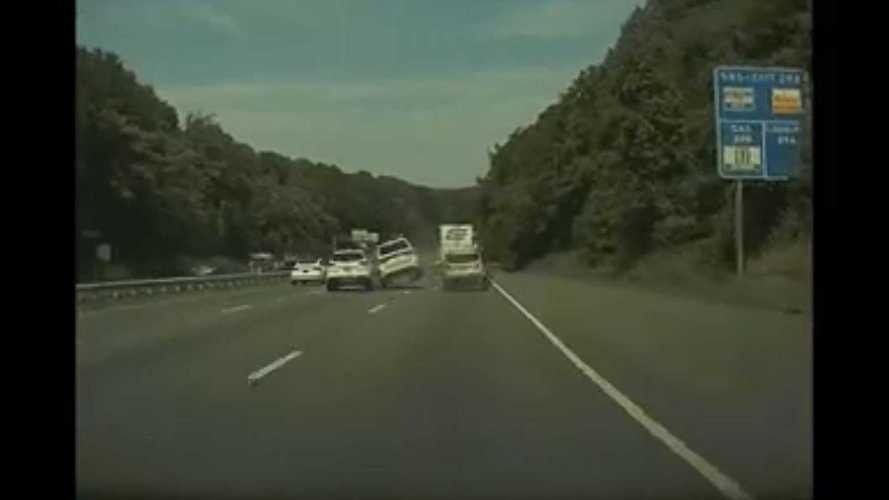 TeslaCam and Sentry Mode are watching you.

Not long ago, we shared some of the craziest Tesla dashcam (TeslaCam) footage we've ever seen. It involved a Dodge Durango driver slipping past a Tesla Model 3 on the right shoulder. Then, the Durango driver proceeded to try to squeeze between a few other cars.

Instant Karma Caught On Teslacam? Or 2 Aggressive Drivers At Fault?
⠀

Unfortunately, he didn't make it through successfully and ended up causing a multi-car accident. We mentioned at the end of that article that we hoped everyone was okay and we hoped the driver would end up in jail. Reportedly, no one was badly injured in the mess, but some people were taken to the hospital. Now, it appears that we may get our other wish.

After the incident, we learned that the Durango driver told the police that he was swerving to avoid another speeding car behind him. Since the other drivers involved were completely surprised and unaware when the collision occurred, they couldn't provide the officers with any useful information.

However, as you can see from the video below, the Durango driver's account was a blatant lie. The Tesla Model 3 owner shared the TeslaCam video with the crash victims, as well as the authorities. It was clear that the Durango driver was driving recklessly and no one else was at fault. Hopefully, this driver pays dearly for his terrible choices.

Here's another look at the TeslaCam video of the incident: