Electrify America Reduces Power Of Some Chargers Due To Cooling Issue 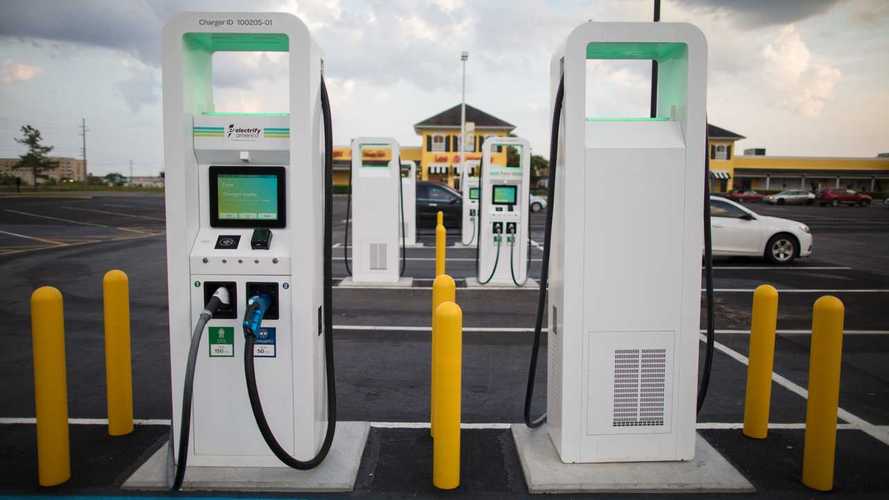 Some CCS chargers will be limited to 50 kW, which doesn't sound like a major issue as only a few models can utilize 100 or 150 kW anyway

Another issue with liquid cooled fast-charging stations was reported, but this time it ended with simply lowering power output (instead of a total shut down).

According to Green Car Reports' article, Electrify America was forced to reduce the power of 30 CCS chargers "due to concerns over a potential coolant leak".

The affected chargers are reportedly Efacec HV160 and Efacec HV350 and the issue is global.

Electrify America decided to lower the power from 160 kW/320 kW to 50 kW until the service team can visit the station and solve the issue (expected "within a week").

"The affected systems, from the charging-hardware provider Efacec, have a built-in safety mechanism that will shut them down automatically if the coolant issue arises. In the meantime, to make sure they keep running, Electrify America is helping rapidly deploy a software update that will limit the output power of the chargers to around 50 kw."

Some models, like the Audi e-tron, then will not be able to fully utilize its charging capability at affected chargers, although most of the chargers are fully operational. Other BEVs rarely can use CCS Combo 1 chargers at more than 50 kW for a prolonged time. The 50 kW CHAdeMOs are not affected.

Because of the reduced power, charging will be cheaper (no session fees and lowest per-minute rate).