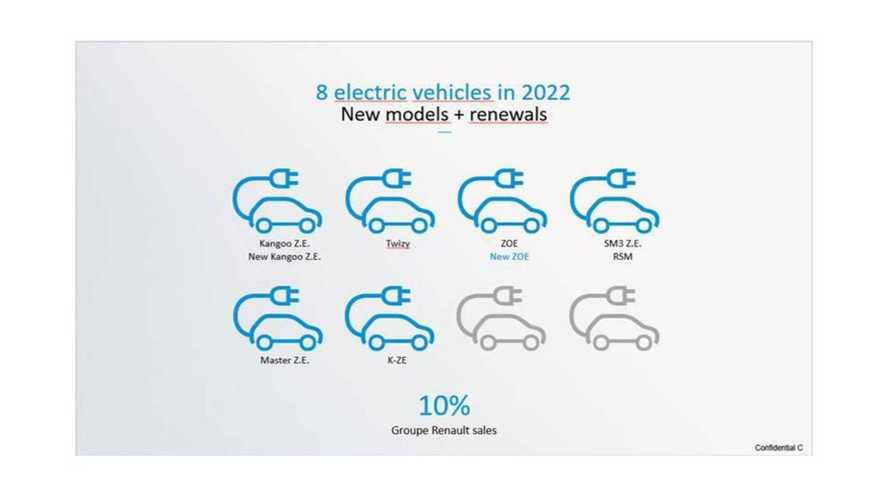 The plan for 2022 is to have eight BEV models on the market, which means at least two all-new will be introduced in the near future

Renault's plan is to expand its all-electric vehicle lineup to eight models by 2022, covering A, B, and C-segment with multiple body styles.

According to the latest news, the number includes the new Renault ZOE, upcoming new Kangoo Z.E., as well as the Twizy quadricycle and South Korean SM3 Z.E. (derivative of Renault Fluence Z.E.).

The latest additions are the commercial vehicle Master Z.E., and City K-ZE for Asian markets (with a chance for the European version).

In May 2019 Renault Electric Car Sales Increased By 58%

The missing two new BEV models could be some kind of crossover/SUVs, one compact and one bigger maybe. No more commercial BEVs at this point.

"When questioned about the models as part of a wider assault on the EV market, marketing boss Emmanuel Bouvier claimed “our objective is to cover A, B and C segments, with multiple shapes of vehicles." That would likely include crossover variants in the two larger segments."

Altogether, the BEV lineup will be responsible for 10% of Renault sales (currently over 4% in Europe and over 2% globally).