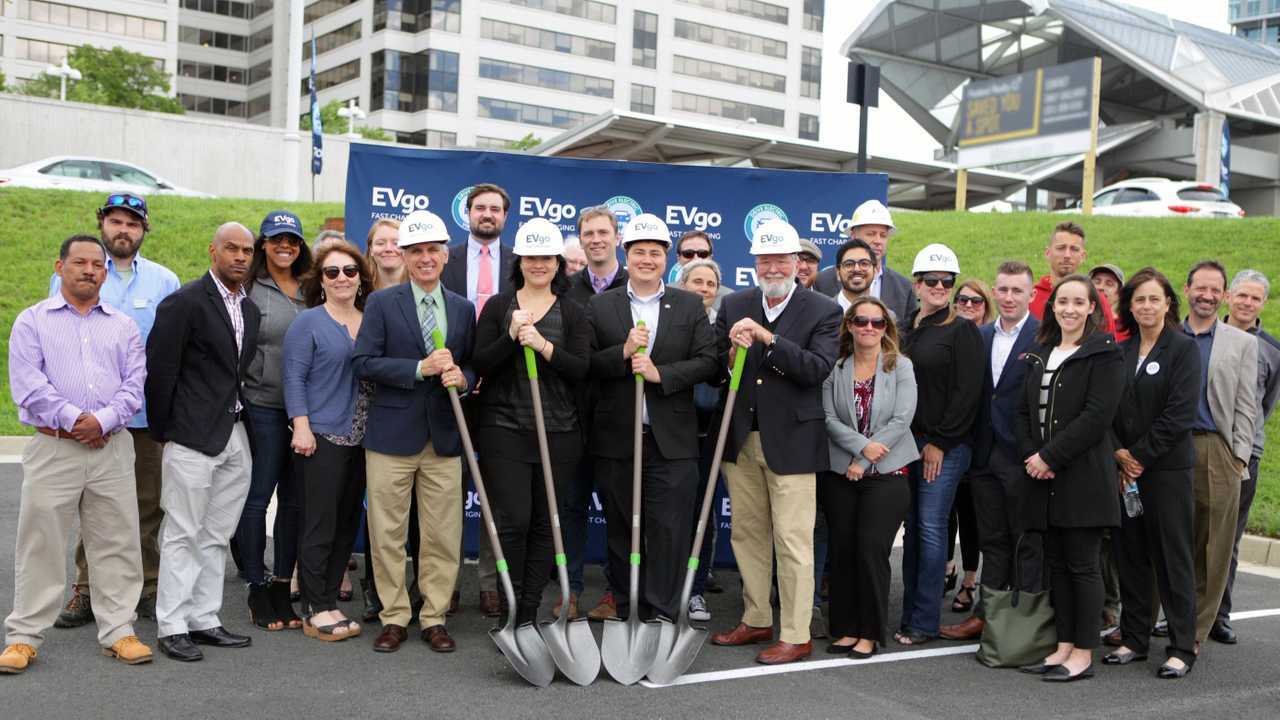 The Virginia Department of Environmental Quality contracted EVgo for the job to build the network, having $14 million in funds from its share of the Volkswagen mitigation settlement (a maximum of 15% out of $93.6 million from the settlement can be spent on charging infrastructure).

The first station will consist of two 50 kW chargers (CHAdeMO and CCS Combo).

"EVgo was awarded the contract by DEQ to develop a statewide public fast-charging network in August 2018. The network prioritizes areas that have high current and projected growing demand for EV charging and is designed to complement existing charging stations and other planned charging infrastructure deployments. The project is now shifting into construction at the convenient Pike 7 Plaza location; when open, the location will include a total of two (2) 50 kW EVgo fast chargers capable of delivering up to 90 miles of range in 30 minutes."

The 50 kW power output and just $14 million, of course, doesn't sound like much, but it's good to see that the state is doing what's possible to improve the infrastructure.

The press release doesn't say how many charging stations will be installed.