Mitsubishi Wants UK To Give New Incentives To PHEV Drivers

Debates around the world continue as to whether plug-in vehicles are ready to go it alone without incentives. One automaker with a deep interest in plug-in hybrid technology says its drivers take plenty advantage of electric-only power.

Mitsubishi Motors' UK branch released this week a series of press releases, revealing the results of a study it commissioned showing Outlander PHEV drivers in that market operate their vehicles in EV mode for a significant portion of their weekly commute. The Kadence International study showed the average Outlander PHEV owner drove 179.2 miles per week, and an average 90.6 miles of that only on the electric propulsion. 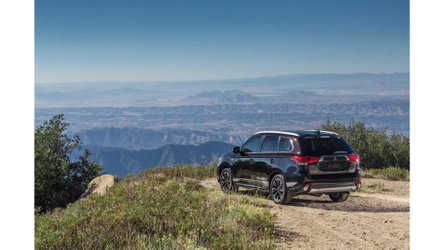 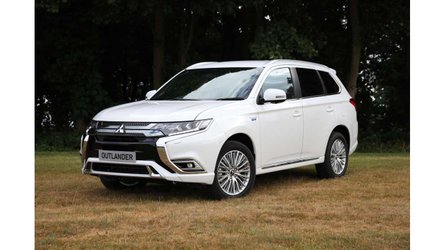 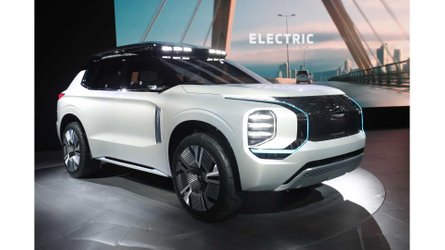 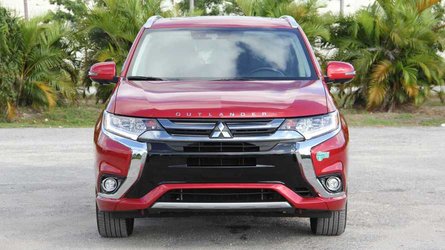 2018 Mitsubishi Outlander PHEV GT Review: Plug It In, Plug It In

Mitsubishi says its study showed 68 percent of respondents plugged their cars in every day, with 90 percent charging at least two or three times per week. Notably, 97 percent of those surveyed charged at home, with only 23 percent using public stations.

The study's results contradict another survey revealed last fall that many of the PHEVs the UK subsidized under its former EV grant structure went uncharged. The new structure, which began in November, notably pushed out plug-in hybrids. The Outlander PHEV, being possibly the biggest benefactor of the incentive with 45,000 sold in the UK since 2014, makes Mitsubishi the biggest stakeholder in restoring some hybrid government incentive.

"With around 1% of new car buyers in the UK opting for a pure electric vehicle, the government risks missing numerous environmental targets, not least its goal of having half of all new cars classified as ultra-low emission vehicles by 2030," Mitsubishi said in the release.

Every country and every type of PHEV is different, but Mitsubishi makes a reasonable case for potential Outlander customers to have incentives to go plug-in. But it also proves that widespread EV adoption is unlikely to happen without government help to consumers.

ROAD TO ZERO: PLUG-IN HYBRIDS COULD TAKE US HALF WAY THERE

The UK government could significantly advance its Road to Zero emissions ambitions by incentivising drivers to switch to the latest generation of plug-in hybrid vehicles (PHEVs). A survey of drivers of the UK’s best-selling plug-in hybrid vehicle, the Mitsubishi Outlander PHEV, reveals that around half the average weekly mileage covered in their vehicles is as pure electric vehicles, burning no fuel and producing zero tailpipe emissions.

A survey undertaken by Kadence International, a global market research company, on behalf of Mitsubishi Motors in the UK, revealed that while Outlander PHEV owners’ average weekly mileage was 179.2 miles, an average of 90.6 miles are driven in Electric Vehicle (EV) mode each week, where the car is being driven only by its batteries and electric motors.

Plug-in hybrids effectively have two energy sources - electric and petrol. Owners can drive their PHEV as electric vehicles for the majority of journeys, usually short drives, often in stop-go traffic (where traditional petrol and diesel engines are at their least efficient). PHEVs contribute to cleaner air in cities by using EV mode wherever possible and burning no fuel when stopped or in heavy traffic.

PHEVs can then automatically employ an efficient petrol engine on longer journeys, thereby overcoming the issues facing pure electric vehicles for the immediate future; those of limited electric range, relatively long charging times and the nascent nature of the charging infrastructure in the UK.

With around 1% of new car buyers in the UK opting for a pure electric vehicle, the government risks missing numerous environmental targets, not least its goal of having half of all new cars classified as ultra-low emission vehicles by 2030.

Plug-in hybrid vehicles have an additional benefit in that they help familiarise consumers with electric vehicles, providing the perfect segue to a pure electric future. In fact, the survey reveals that 25% of current Outlander PHEV owners surveyed are most likely to consider a pure electric vehicle for their next purchase.

Mitsubishi Motors has sold 45,000 examples of the Mitsubishi Outlander PHEV, giving it the widest and most diverse possible survey base.

Its WLTP emissions and economy figures are 46g/km CO2 and 139mpg respectively and its WLTP pure electric range is 28 electric miles (WLTP).