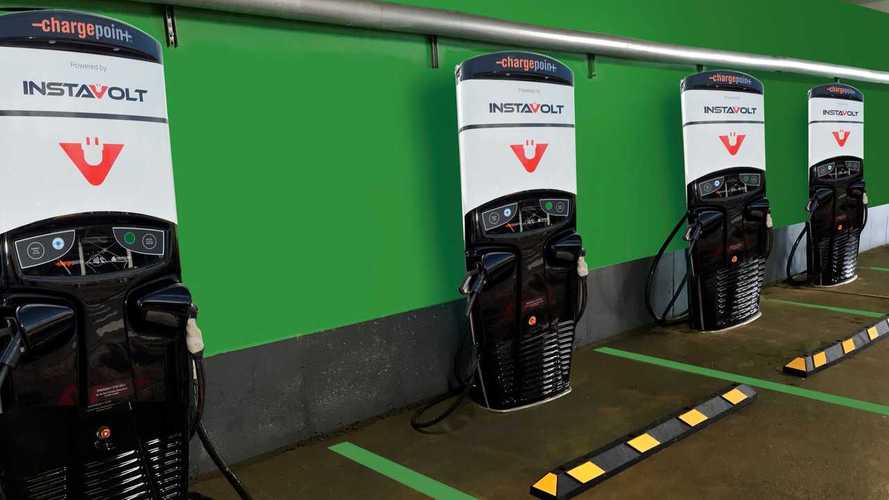 InstaVolt installed in the UK its first station with 4 chargers. Even bigger stations are already underway.

InstaVolt, one of the British fast charging networks, recognizes the expanding all-electric car market in the UK and not only installs more chargers, but also more at single sites.

Most recently, the company installed its first station with four chargers (that appear to be 50 kW) at Merrywalks Shopping Centre in Stroud, in contrast to the usual one or two at a site.

The current strategy of InstaVolt is to install two or more chargers with "installation of six and even eight charger hubs are already underway at locations across the UK".

InstaVolt Second Only To Tesla Supercharger In Customer Satisfaction

“The number of electric cars on the road is increasing year-on-year and that’s only going to rise further so we’re already future-proofing our offering. Having four chargers in one location means that even if several are in use, drivers can still access the swift and easy service InstaVolt has to offer.”

Also, the overall pace of installations is now very high as in March the company installed a record of 72 chargers and currently the network consists of more than 300 units.