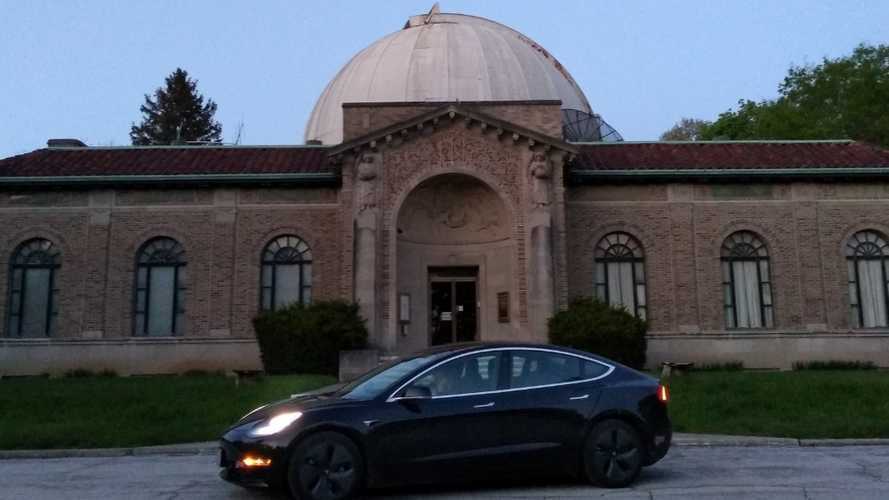 Is it also available for the wedding?

Well, that's one way to capture the moment.

A Tesla Model 3 owner decided to incorporate the car into his proposal to his fiancee. While working a car into a marriage proposal is hardly new, Michael Striker decided to put the Tesla to work – by photographing the crucial moment. Striker posted evidence of the Model 3's work on his Twitter account Wednesday.

The Model 3's forward-facing camera has been used before to capture numerous crashes and thefts, which is probably what it was mostly intended for when Tesla put it on the cars. But this may be the most awwww-inducing implementation of it yet. Congratulations to the happy couple on their pending nuptials. No word if the Model 3 has been asked to photograph the upcoming wedding or any other related events.