Karma Automotive didn't waste any time and unveiled at the 2019 Shanghai Auto Show the Karma Revero GT model, which seems to be a tremendous upgrade from the current Revero. The car looks more attractive and is better in all aspects.

The Revero GT is equipped with a new on-board engine generator (1.5L BMW TwinPower Turbo three-cylinder replaces 2L GM's engine) and dual-motor setup for rear wheels (400 kW and 746 Nm total). As in the case of the previous Fisker/Karma, it's an extended-range electric vehicle (or series-hybrid with plug-in capability), which means the wheels are always driven exclusively by electric motors.

The second biggest change is a new 28 kWh battery (almost a third more capacity compared to 21.4 kWh used previously in Revero). Because the car is significantly lighter - 5,050 lbs / 2,291 kg (instead of 5,407 lbs / 2453 kg) - and more efficient, the increased battery capacity translated into a big increase in all-electric range from 37 miles EPA (Revero) to an expected EPA result of 61 miles (98 km). The website shows that the maximum is around 80 miles (129 km).

The Karma Revero GT is expected to enter production and start sales in the Q4 2019 - we guess that at a similar price range to the Revero (from around $130,000).

The car will be available in North America, Europe and China. The production goal at the California plant is reportedly 12,000-13,000 cars annually (globally).

Besides the Revero GT, Karma is also developing a more sporty version, the Revero GTS, which will get electric motors with 420 Nm of peak torque. It will accelerate 0-60 mph in 3.9 seconds.

This version is coming on the market in early 2020. 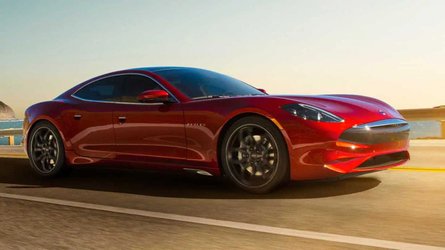 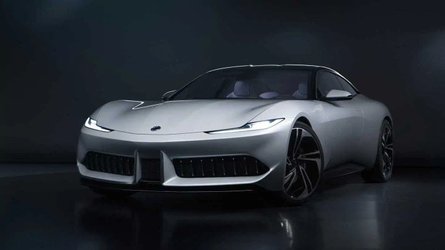