Daimler Mulls Pulling Plug On Smart In The U.S. 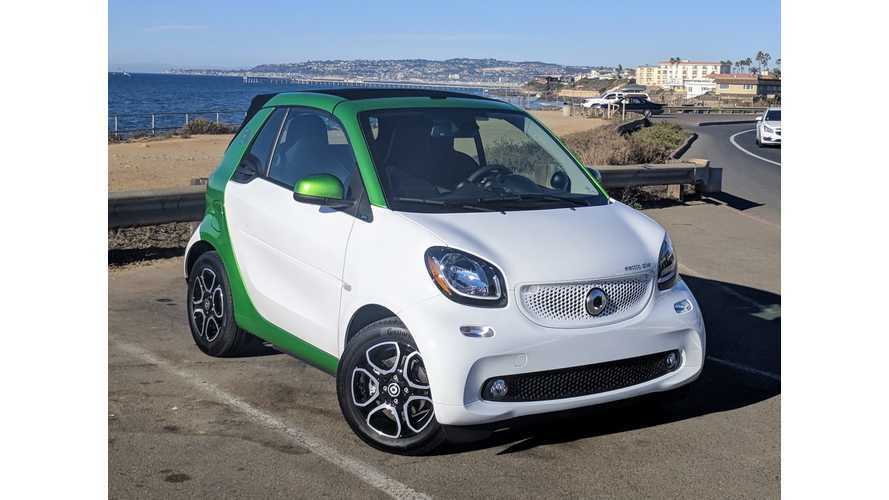 Minuscule sales following the brand's shift to electric-only in the U.S. doesn't bode well for its longevity.

While Smart as a global brand was granted a stay of execution last month, its future in the United States is apparently still in doubt.

Britta Seeger, Daimler board member for Mercedes-Benz Cars marketing and sales, told Motor Trend at the New York Auto Show this week that the company is deciding what to do with the tiny brand in the States and would decide on a future – or if it has a future – this summer.

That's rather dubious news that closely follows other reports last month that Daimler was looking to end the Smart brand altogether. The automaker eventually entered in a joint venture with Geely to continue Smart and develop new products for assembly in China. Now, though, those next-generation Smarts may not make it to the U.S., where the two-seaters have been available since 2008.

Smart dropped its gasoline-fueled models at the end of 2017 in favor of making it an EV-only brand. It's doing the same thing in nearly all other markets by 2020. While never a big seller, the quick electric shift caused about two-thirds of its U.S. dealers to drop the brand, and sales tumbled accordingly.With Mercedes set to bring a number of plug-ins under its own EQ branding starting next year, the need to keep the Smart brand clinging on for the sake of Daimler's corporate average fuel economy may be lessened.

It's interesting, however, that a Daimler board member chose New York to air such comments about Smart's future. After all, the New York Police Department seems to like them. And while the cars still have cult followings in some urban areas, Daimler may be resigned that the U.S. just never got Smart.