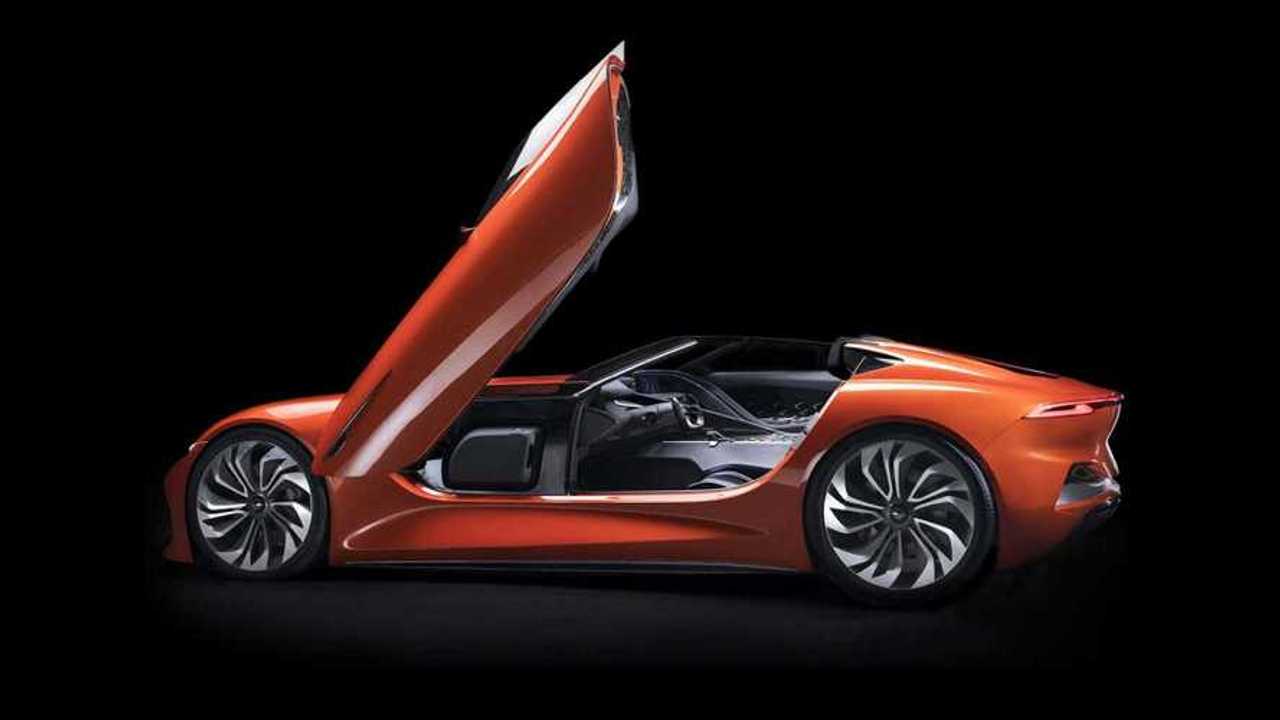 Some of the shapes are inspired by an aircraft.

Karma Automotive, the California-based manufacturer of electric vehicles owned by Wanxiang Group from China, has a trio of electrified machines debuting at the 2019 Auto Shanghai. The “Shanghai Big Three shows what Karma is today, what Karma can be tomorrow, and where Karma is heading in the future,” with one production and two concept vehicles. The first study is the two-door Pininfarina GT coupe, while the second one is the futuristic vehicle you see in the attached gallery below – the SC1 Vision Concept.

It’s an electric roadster and we assume it’s based on the Revero GT just like the Pininfarina GT. Karma says the concept not only previews the future design language of the company but also hints at “soon-to-come” customization options for its mass products. Last but not least, it “shows the brand’s future direction based on full BEV offerings at the company’s core.”

There’s no denying this is the most dramatic vehicle we’ve ever seen by the automaker. It features a sleek, aerodynamically-optimized profile with a seamless flow from the exterior to the interior. Interestingly, the area between the front axle and the windscreen is inspired by the 1935 H-1 Racer aircraft “and the geometry of the natural world.”

If you virtually open the wing doors, you’ll enter a futuristic cabin with a new infotainment architecture featuring 5G connectivity as well as “a humanized communication system, which integrates touch, voice, eye, and graphical interfaces to enable seamless interaction with the roadster.” The concept also uses biometric identification and facial recognition systems.

There’s no word on the system that powers the study yet, but we believe there’s an all-electric powertrain underneath the skin, different than the hybrid system of the Revero GT.