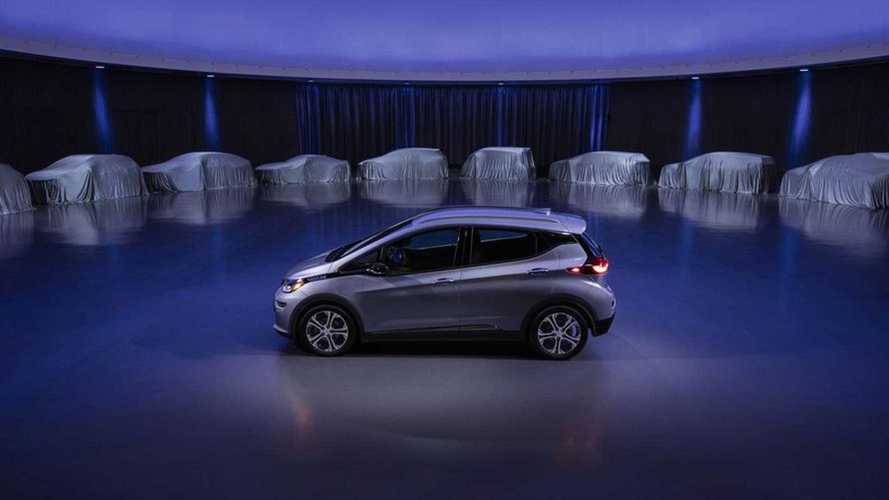 This could be the name of GM's new Bolt-based EV.

An interesting patent filing by General Motors hints the upcoming second electric vehicle from the automaker could be a high-riding machine. First unearthed by GM Authority, the Bolt EUV moniker has been trademarked by GM earlier this month and will be used for “motor land vehicles, namely, automobiles.”

As GM Authority reports, the name is probably going to be used for Chevrolet’s next Bolt-based EV. In March this year, the American manufacturer confirmed it will build the all-electric car at its Orion facility where the Bolt is currently produced. A new $300-million investment inn the factory was also confirmed and a plan for approximately 400 new jobs at the site.

Exclusive Report: Next GM EV To Be Bolt-Based Buick Crossover

EUV is probably short for Electric Utility Vehicle which hints at a crossover based on the Bolt. In fact, Chevrolet will use a modified and upgraded version of the EV’s platform and could build a vehicle the size of the current Chevrolet Equinox. Of course, these are mostly assumptions but logic tells us the report is credible.

The most interesting part, however, is that our source believes Chevrolet might create an entire family of Bolt-branded electric vehicles. While that’s just a speculation for now, in our eyes, it also makes a lot of sense since electric vehicles are obviously going to play a major role in General Motors’ future plans which involves 20 EVs by 2023. These include a three-row Cadillac crossover and probably a full-size battery-powered pickup truck, as well as SUVs.