Rumor Control: So, Husky Is Coming Up With An Electric Scooter? 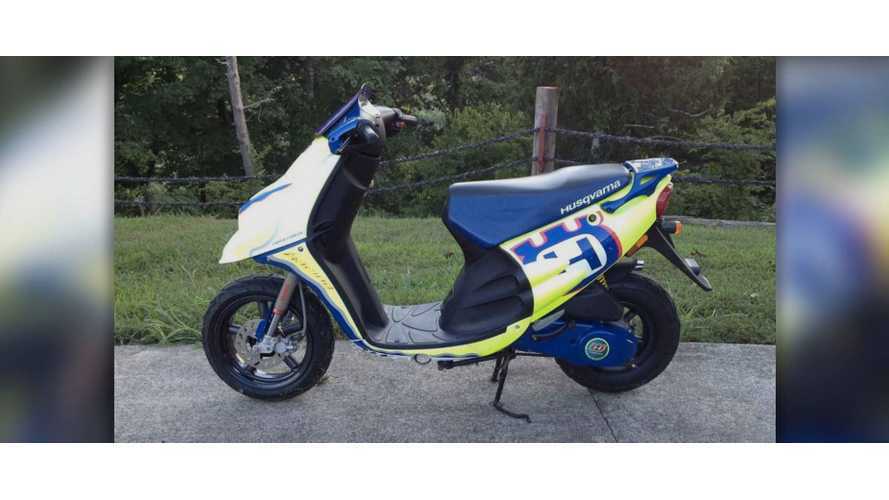 The wheels on the rumor mill go 'round and 'round.

Nobody is immune to the booming electric trend. Between the newly formed Big Four swappable battery consortium, the exploding number of e-motorcycles startups, and virtually every bike brand on the face of the Earth working on something electric-y, ready or not, the electric revolution is coming. At Husqvarna’s, that “revolution” started off with the EE5 electric minicross concept the brand unveiled at EICMA. Now rumor has it that the Swedish manufacturer is working on yet another little something electric and it’s not what we’re expecting.

The name Husky has been associated with capable off-roaders for a really long time. Even famous rider, racer, and actor Steve McQueen owned a trusty Husqvarna 400 Cross in the 70s. So it came as a bit of a surprise when Swiss site AcidMoto had a sit down with some Husqvarna reps at the Svartpilen 701 launch and pulled a confirmation out of them that an electric scooter was in the works.

You read that right: Husqvarna’s next venture might be a scooter. While considering the brand’s history it might seem a little farfetched, considering how big the market for scooters is worldwide, it isn’t such a crazy scheme after all. With the whole lingo of “urban mobility” and companies investing big in new technologies, all things considered, it would make sense for KTM-owned Husky to want its share. Plus, while its better known for its motocross and enduro models, Husqvarna did produce a 50cc scooter during the 90s.

Plus, considering parent company KTM already has experience with electric powertrains with the Freeride EX-C, it would make sense for a bit of that hard-acquired knowledge to benefit Husky.

Obviously, as these things normally go, we don’t have a timeframe to work with for the launch of the potential model—we can't even say for sure whether it's true or not, but considering the importance of the scooter market, it's not an implausible scenario. Now we wait and see.