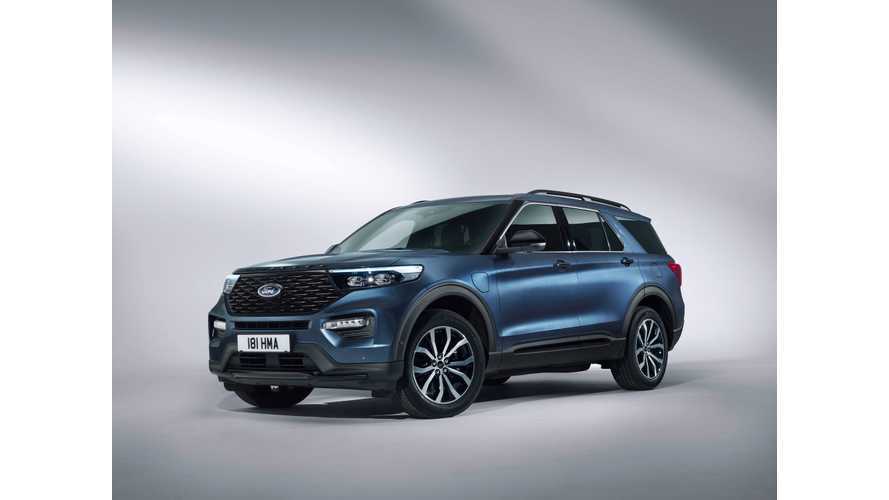 As most legacy automakers move forward with electric, autonomous, and shared vehicles, we will continue to see partnerships and new programs popping up. Take GM for example, as it bought out Cruise Automation, fired up Maven, and joined forces with Waymo.

A recent press release verifies that Ford has made a serious investment into solid-state batteries. While this future battery technology may not come to be for some time, it seems that getting a foot in the door now is paramount.

Though it continues to appear as though established OEMs couldn't care less about the EV revolution, that's likely not the case. While EV advocates see it as a push against electric car adoption, it's important to realize that legacy automakers still have very little, if anything, to gain from pushing EVs. The truth here is that the masses don't want them, they're too expensive, charging infrastructure is lacking in most locations, and, most likely, automakers will lose money selling them. Folks, we're just not there yet. In fact, we're not even close to getting there, at least on our shores.

Nonetheless, we have to give some credit to these established OEMs that are making plans for the future. There's little doubt that electric vehicles will eventually dominate and push ICE cars into the past. But, until then, we will continue to see minimal support and investments from these legacy car makers.

As per usual, we've included the entire related press release below. What do you think? Does this make Ford appear more serious about the future of autos? Or, is it just an act? Let us know in the comment section below.

This follows Solid Power’s announcement in September of 2018 that it closed $20 million in a Series A investment round. Ford Motor Company participated in a subsequent closing of that round, which included investors Volta Energy Technologies, Hyundai CRADLE, Samsung Venture Investment Corp., Sanoh Industrial Co., Solvay Ventures, and A123 Systems. In December of 2017, Solid Power announced its partnership with the BMW Group to jointly develop Solid Power’s solid-state batteries for electric vehicle applications and to tailor Solid Power’s technology toward automotive requirements for high-performance electric vehicles.

“Solid-state battery technology has the potential to help us deliver electric vehicles that are even safer and more capable,” said Ken Washington, vice president, Research and Advanced Engineering, and chief technology officer, Ford Motor Company. “Our involvement with Solid Power enables us to further collaborate in an important emerging technology that could truly transform the design and integration of smart electric vehicles into tomorrow’s smart world.”

Solid Power’s co-founder and CEO Doug Campbell said, “Companies like Ford are part of the movement that is changing the automotive industry and we are honored to be working together.”

“ASSBs have the potential to provide greater energy, which translates to greater run-time per charge or in the case of an electric vehicle, greater range from a fully charged battery. By combining state-of-the-art cathodes with metallic lithium anodes, ASSBs can achieve up to a 50% increase in cell level energy vs. current lithium-ion cells while even greater energy improvements are possible with more advanced cathodes, which is an additional area of development for Solid Power.”

As a result of this improved energy potential, Campbell stated that ASSBs are receiving strong interest from a wide array of markets beyond transportation including aerospace, medical devices, and defense among several others.

An additional benefit of Solid Power’s ASSBs is improved safety as compared to lithium-ion batteries due to the elimination of flammable liquid electrolyte. Thus there is potential for reducing system-level cost by reducing reliance on engineering solutions typically deployed in lithium-ion systems to assure safe operation of the battery pack.

The potential benefits of Solid Power’s ASSBs include:

Fifty percent higher energy vs. current lithium-ion, which can increase at the module- and pack-level due to design simplicity Substantially improved safety due to the elimination of the flammable liquid electrolyte as used in lithium-ion Low-cost battery-pack designs through: Minimization of safety features Simplified thermal management High manufacturability due to significant compatibility with automated, industry-standard, roll-to-roll production

About Solid Power: Solid Power was founded in 2012 as a spin-out business from the University of Colorado Boulder and is located in the Colorado Technology Center in Louisville, Colorado. The company is an industry-leading developer of all solid-state rechargeable batteries with the potential for substantially greater energy and safety in comparison to current industry-standard Lithium-ion batteries. An extensive partnership with BMW was announced in 2017 with the addition of the Ford partnership in 2019. The company’s first equity-based investment round ($20M) was announced in late 2018. The company is currently working to achieve MWh-scale production for its all solid-state battery technology anticipated by mid-2019.