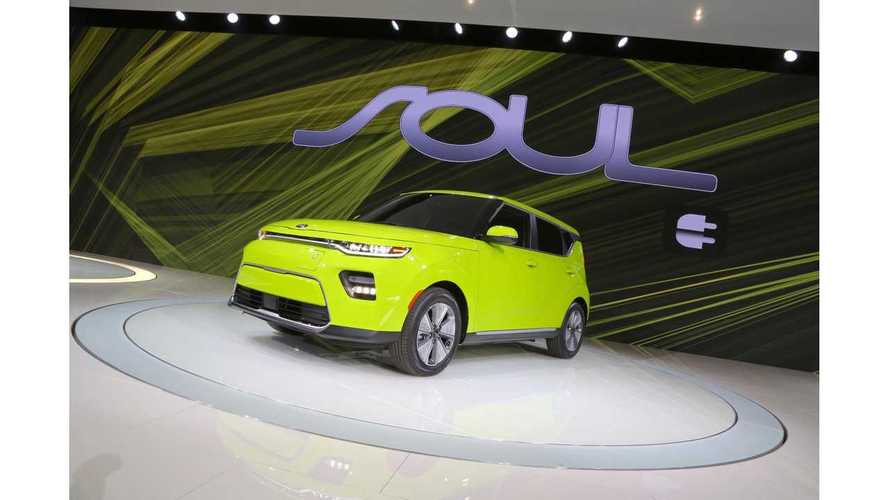 A burgeoning lineup of plug-ins may persuade Kia to seek more production capacity.

Kia is experiencing a success story with its lineup of plug-in hybrids and full electric vehicles. Which has now presented it with a problem of making enough to satisfy demand. That's why it's reportedly looking into building its electrified cars in Europe.

2019 Kia e-Niro: Everything You Need To Know

While the Niro, Optima and Soul hybrids and electrics are currently all made in South Korea for global consumption, Kia may leverage its plant in Slovakia to supply European markets, according to Automotive News Europe. Kia Europe Chief Operating Officer Emilio Herrera told the publication the company would need to sell 32,000 EVs every year from 2021 to comply with the EU's emissions regulations. Kia is being pressured by the EU to cut its fleet average for C02 emissions to 94 g/km by 2021, something it can only do by selling more plug-ins.

The Slovakia plant is also well-positioned to receive battery packs from Kia's suppliers, LG and SK Innovation, Herrera told Automotive News Europe, as those companies are eyeing production in Eastern Europe. Production constraints for battery packs have hampered sales for some brands, such as Volvo, that cannot get enough supply to satisfy their expected demand.

It's unclear, however, if Kia plans to do the same in North America, and it needs to lower its CAFE average in the States as SUVs continue to make up a larger percentage of all auto sales. Its Georgia assembly plant is already busy building the Optima midsize sedan, Sorento SUV and the new 8-passenger Telluride. And it would have to find more supply for batteries in the U.S. But this report is a clear sign Kia is bullish on sales of plug-ins taking off, at least in Europe. And it wouldn't be surprising for Kia to throw more marketing weight towards EVs as it tries to meet those looming emissions standards.